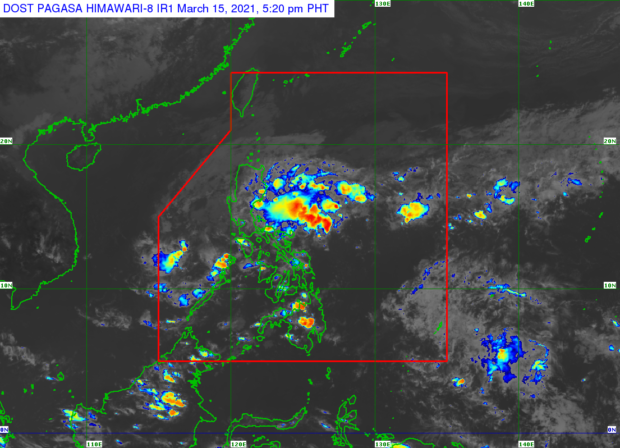 MANILA, Philippines — Overcast skies and rain showers may be expected over a big portion of Luzon because of some weather systems including a low-pressure area (LPA) and the tail end of a cold front.

A Monday afternoon bulletin from the Philippine Atmospheric, Geophysical and Astronomical Services Administration (Pagasa) showed the LPA was last seen 60 kilometers south-southwest of Coron in Palawan.

Although it is not expected to intensify into a tropical cyclone, Pagasa said the LPA will bring rain from Monday night to Tuesday morning over Mindoro provinces and northern Palawan while interacting with the northeasterly surface wind flow to form the frontal system.

The tail end of a cold front, on the other hand, will cause rain on the eastern part of Luzon, namely Quezon province, Aurora, Cagayan Valley, and the Cordillera Administrative Region. Pagasa warned that landslides and flash floods are possible in these provinces since there can be instances of moderate to heavy rainfall in these areas.

Meanwhile, Pagasa did not raise any gale warning over any part of the country’s waters even if sea conditions over the northern and eastern seaboards of Luzon are likely to be moderate to rough while the western seabords of Luzon, as well as the eastern coasts of Visayas and Mindanao, were predicted to have a moderate situation.