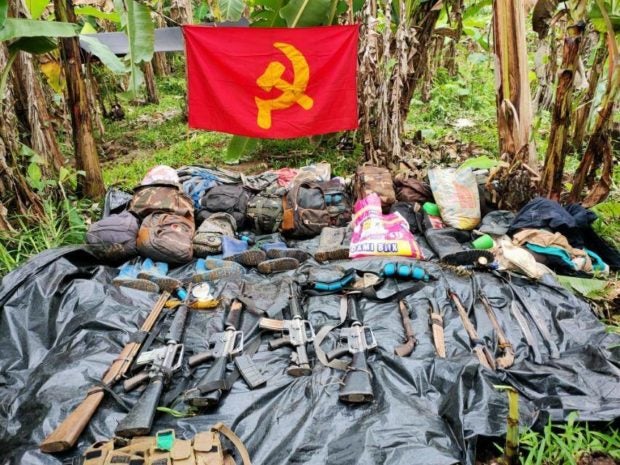 Army soldiers and police recovered these guns and other war materiel after an encounter with communist rebels in Flora town, Apayao province Sunday, March 14. Photo courtesy of the Army’s 17th Infantry Battalion

In a report, the military said the government troops were on a combat patrol in barangays Mallig and Upper Atok when they encountered about 20 rebels of the communist West Front Committee.

The rebels engaged soldiers from the 17th Infantry Battalion, Marine Battalion Landing Team 10, and local police in two successive gun battles that lasted about 15 minutes each.