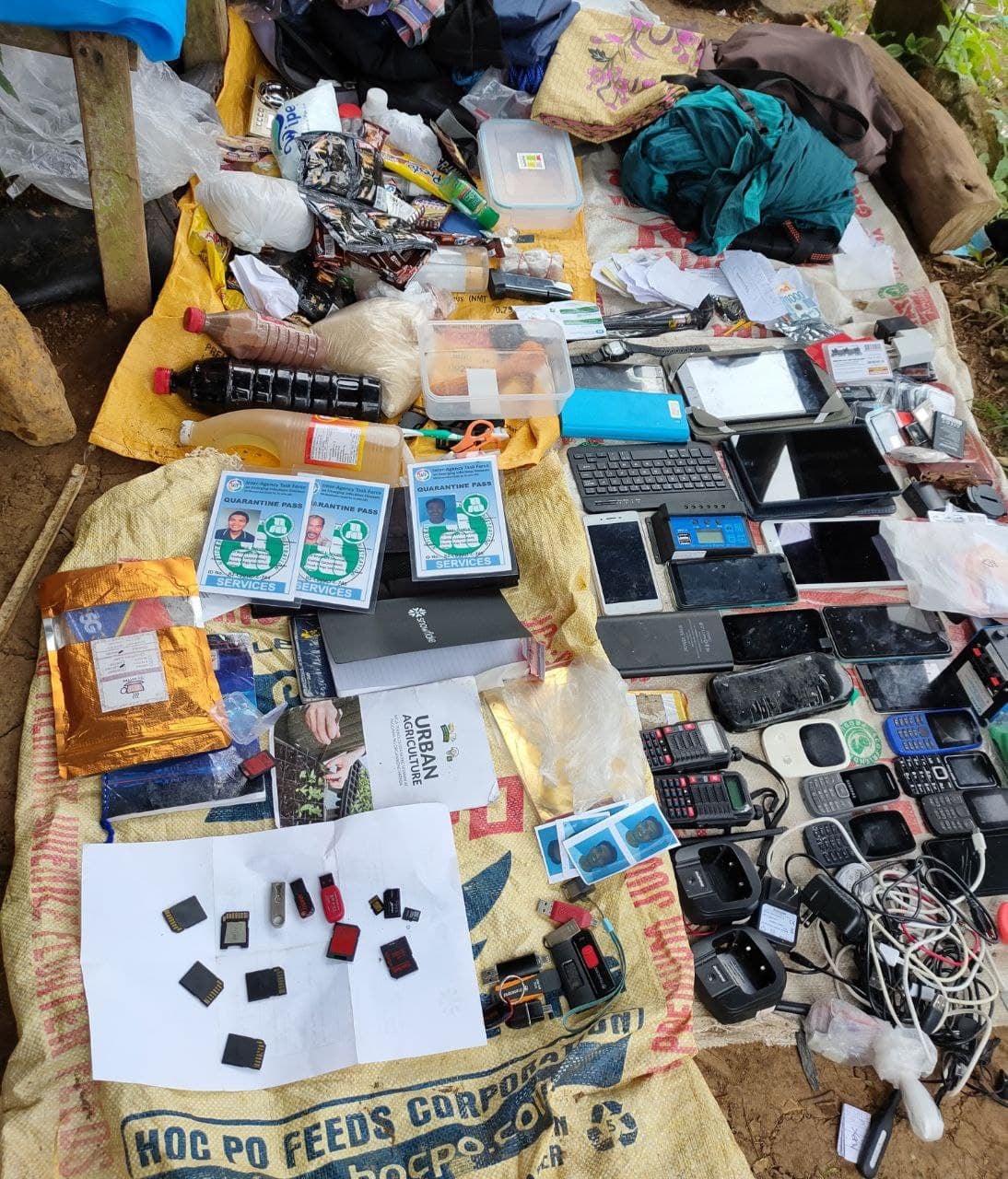 Government troops recovered these items from the scene of the encounter between an alleged rebel and the military soldiers in Dupax Del Sur town, Nueva Vizcaya. CONTRIBUTED PHOTO

FORT RAMON MAGSAYSAY, Nueva Ecija — A man tagged as a member of the New People’s Army (NPA) was killed in a supposed encounter with the military soldiers in Nueva Vizcaya on Friday, authorities said.

The Army said Rommel Tucay, secretary of the communist Komiteng Larangang Guerilya-Sierra Madre, engaged the lawmen in a gunfight when the latter were serving a warrant of arrest in Barangay Kimbutan, Dupax Del Sur.

In report from the 7th Infantry Division information office here, Tucay had outstanding warrants of arrest for various charges, including attempted homicide, homicide, two counts of murder, and multiple counts of frustrated murder.

No details were immediately available about the criminal cases filed against Tucay who was also known as aliases “Isaac” or “Elmo,” among others.