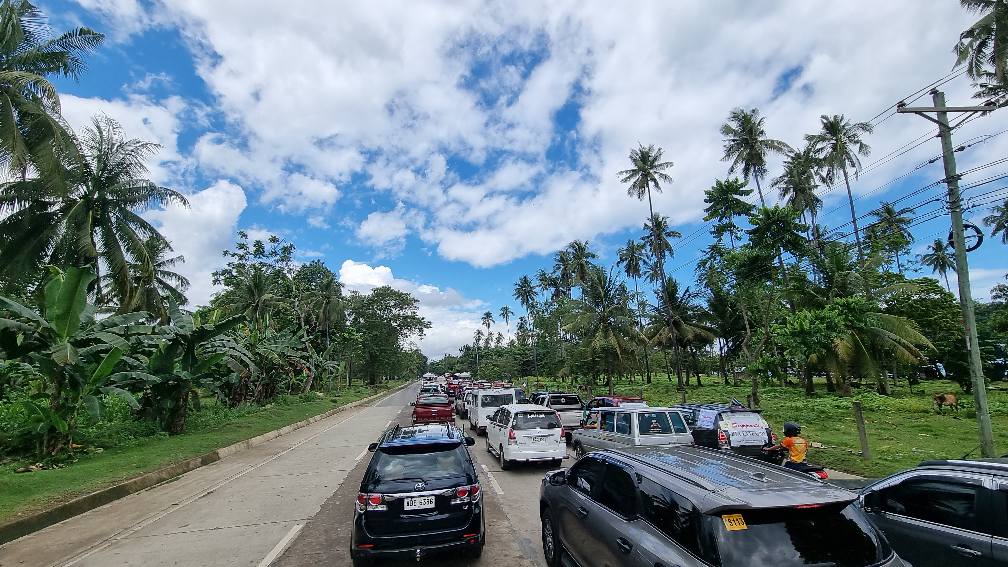 Vehicles cram the national highway in Lanao del Norte as peace advocates hold a caravan on Saturday, March 13, to raise support for the extension of the Bangsamoro transition by another three years. PHOTOS CONTRIBUTED

ILIGAN CITY——Peace advocates held a caravan on Saturday, March 13, to raise support for the extension of the Bangsamoro transition by another three years.

The caravan started in Marawi City and snaked through the national highway stretch of Lanao del Norte and on to Sultan Gumander town in Lanao del Sur where the participants held a ceremony of signing a petition addressed to President Rodrigo Duterte and the leaders of the House of Representatives and the Senate.

The petition urged them to act with speed on the proposals to extend the Bangsamoro transition so that these pass legislative muster before Congress adjourns sine die on June 4.

Thousands of vehicles crammed one lane of the national highway as the caravan participants drove from Marawi City into Lanao del Norte on Saturday morning.

The peace advocates said the additional three years for the transition will ensure a solid foundation for the regular government in the Bangsamoro Autonomous Region in Muslim Mindanao (BARMM) and for the peace process.

One banner read: “Peace is temporary if (there) is no transition extension.” 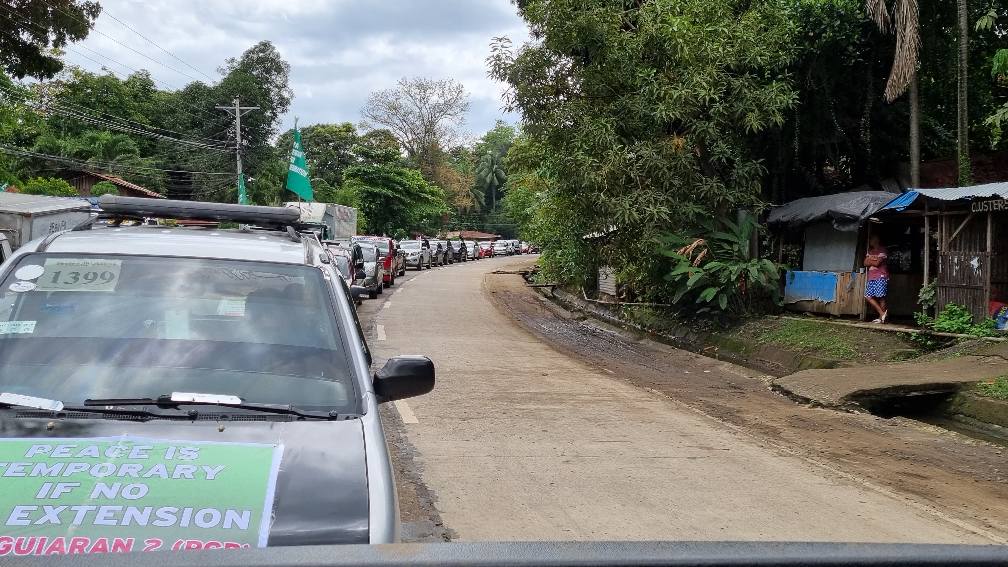 The extension is also a way to give moral governance in the BARMM a chance to take root and succeed, said parliament member Marjanie Mimbantas Macasalong who is also chair of the Bangsamoro Youth Commission.

Up to 10,000 people are expected to join the caravan, some joining as the caravan passes by their localities.

From Sultan Gumander town, the caravan will proceed to Ganassi town and then turn right to go around Lake Lanao and back to Marawi City.

The entire caravan route is around 290 kilometers.