US condemns China at UN rights forum for abuse of Uighurs, Tibetans 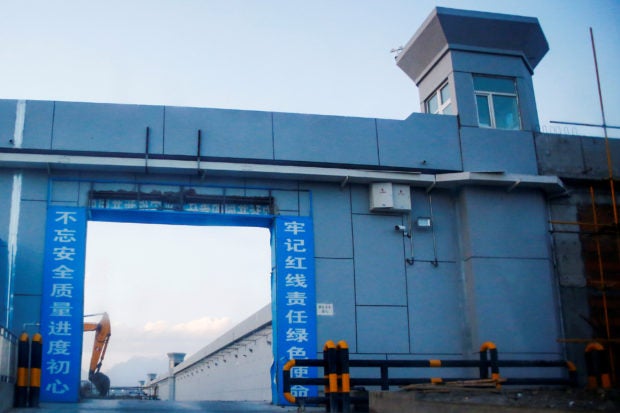 FILE PHOTO: A gate of what is officially known as a vocational skills education centre is photographed in Dabancheng, in Xinjiang Uighur Autonomous Region, China September 4, 2018. REUTERS/Thomas Peter/

GENEVA — The United States on Friday condemned China’s abuse of ethnic and religious minorities, including what it called “crimes against humanity and genocide” being committed in Xinjiang region against ethnic Uighurs and severe restrictions in Tibet.

Mark Cassayre, U.S. charge d’affaires, in a speech to the U.N. Human Rights Council, also said: “We condemn Hong Kong authorities’ detention of democratic activists for exercising their rights and freedoms and call for their immediate release.”

He urged Russia to unconditionally release Kremlin critic Alexei Navalny, as well as hundreds of others, he said, were being unlawfully detained in Russia.