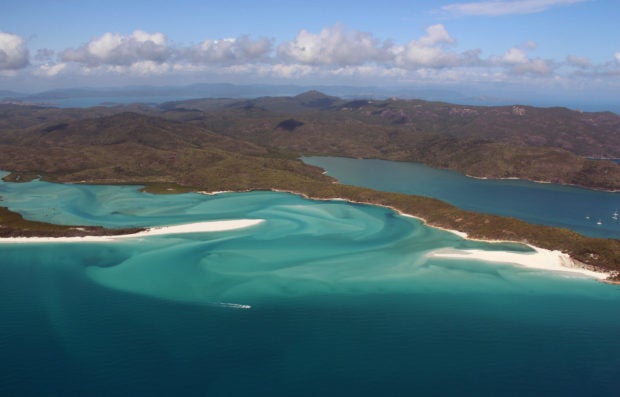 This photo taken on November 20, 2014, shows an aerial view of the Great Barrier Reef off the coast of the Whitsunday Islands, along the central coast of Queensland. The Great Barrier Reef Marine Park encompasses about 99 percent of the World Heritage-listed natural wonder, with the additional one percent outside the marine park but within the heritage-listed area. AFP FILE PHOTO / SARAH LAI (Photo by Sarah Lai / AFP)

Geneva, Switzerland — The COVID-19 pandemic has not only had devastating effects on humans, it has also heavily impacted efforts to safeguard natural ecosystems and habitats around the globe, conservationists warned Thursday.

The pandemic and its economic fall-out have put rangers out of work, forced cuts to anti-poaching patrols, and sparked a range of environmental roll-backs, the International Union for Conservation of Nature (IUCN) said.

A special edition of the IUCN’s PARKS journal, containing a collection of new research papers on the pandemic’s various impacts on nature conservation, indicated the crisis was being felt in protected areas worldwide.

“While the global health crisis remains a priority, this new research reveals just how severe a toll the COVID-19 pandemic has taken on conservation efforts and on communities dedicated to protecting nature,” IUCN director-general Dr. Bruno Oberle said in the statement.

Surveys done of protected areas across 90 countries showed that in general, the impacts had been most severe in Africa, as well as in Latin America and Asia.

More than half of Africa’s protected areas reported they had been forced to halt or reduce field patrols and anti-poaching operations.

The closing of sites to tourism has dealt a particularly harsh blow.

“Many poor communities which were previously dependent upon tourists, have found themselves unable to survive without doing some poaching to find food,” he said.

A survey of rangers in more than 60 countries found that more than a quarter of them had seen their salaries reduced or delayed, while one in five had lost their jobs due to COVID-related budget cuts.

This has obviously left such areas more vulnerable to poaching and other illegal activities.

Data are lacking on how the pandemic measures have affected poaching levels, but Philips said there didn’t seem to be a huge increase in high-profile poaching of rhinos for instance.

That is likely in part due to the collapse in international travel, which meant getting game to receptive markets in Asia was far more complicated.

Instead, he said, “there has been an increase in low-level poaching, bush meat” for food.

In a bid to shed light on the pandemic’s impacts on environmental policy, the special PARKS issue analyzed a range of economic stimulus packages and other government policies implemented or advanced between January and October last year.

There were positive examples of economic recovery packages scaling up environmental protections and explicitly benefiting protected areas, it found.

But more policies rolled back protections in favor of unsustainable development like road construction and oil and gas extraction in areas designated for conservation. 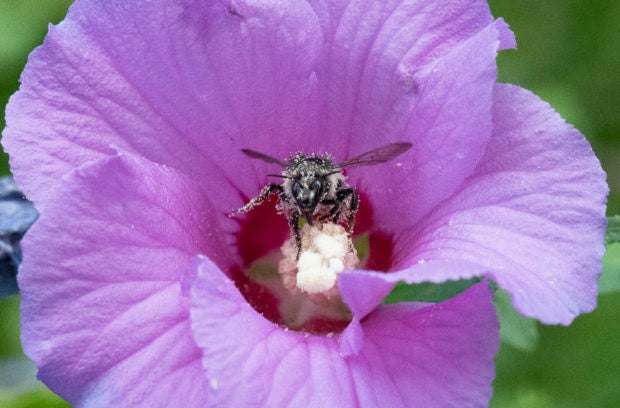 A BUG’S LIFE The German government unveiled an “insect protection action plan” in September 2019 under growing pressure from environmental and conservation activists. Apart from reducing the use of pesticides, the plan also seeks a ban on floodlights and light traps from dusk till dawn for 10 months of the year. AFP FILE PHOTO

“We cannot allow the current crisis to further jeopardize our natural environment,” Rachel Golden Kroner of the environmental organization Conservation International warned in the statement.

“If we are to build a sustainable future, roll-backs of environmental protections must be avoided,” she said.

The PARKS special edition also highlighted that poor conservation was behind the growing number of viruses jumping from animals to humans, as the one that caused Covid-19 did.

“Investing in nature conservation and restoration to prevent the future emergence of zoonotic pathogens such as coronaviruses costs a small fraction of the trillions of dollars governments have been forced to spend to combat COVID-19 and stimulate an economic recovery,” said one of the paper’s authors Carlos Manuel Rodriguez, of the Global Environment Facility.

He hailed the multiple vaccines developed in record time to help beat COVID-19 as a “triumph”.

But, he warned, by neglecting nature, “we face the prospect of having a further pandemic, possibly with a virus that is not so easily controlled by a vaccine.”