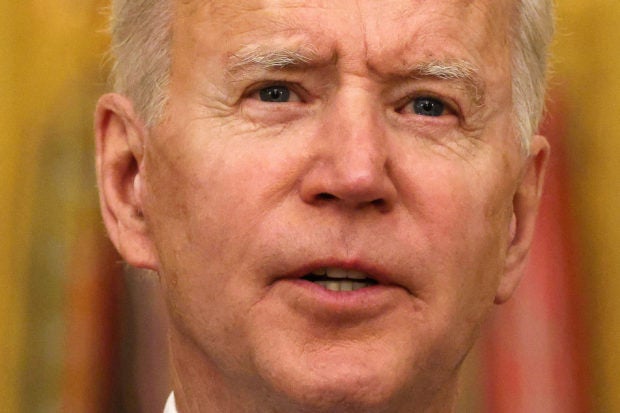 WASHINGTON — President Joe Biden has suspended drone strikes outside of war zones where US forces are operating, reversing the policy of his predecessor Donald Trump, who had given the military free rein in countries such as Somalia.

Any drone strikes planned against jihadist groups outside of Afghanistan, Syria or Iraq will have to be approved by the White House, Pentagon spokesman John Kirby said Monday.

He described the measure as “interim guidance” that was issued “to ensure that the president has full visibility on proposed significant actions.”

“It’s not meant to be permanent and it doesn’t mean a cessation” of strikes, he told a news conference.

“We are clearly focused on the persistent threat of violent extremist organizations. And we’re clearly still going to be committed to working with international partners to counter those threats,” he said.

The New York Times said the new guidelines had been secretly passed on to military commanders after Biden came to office on January 20, but were only revealed in recent days.

From his first days in the White House in 2016, Trump had rolled back the controls put in place by his predecessor Barack Obama on armed operations against jihadist extremist groups, saying he trusted the commanders on the ground.

Drone strikes quickly multiplied after that, becoming the only form of operations in some countries where only a handful of US special forces were deployed in support of local governments, such as in Somalia, where the US has been battling the al-Shebab Islamist group, or in Libya, where they have targeted Islamic State (IS).

Even though the military says its strikes are “surgical,” NGOs have said the attacks often cause civilian casualties, undermining their efficacy in combating extremism.

In a first public report on the US military operation in Somalia published in February, the Pentagon’s acting inspector general, Glenn Fine, recalled that part of Africom’s stated mission is to ensure that by 2021, Shebab, the Islamic State in Somalia and other terrorist groups have been sufficiently “degraded such that they cannot cause significant harm to US interests.”

But, Fine wrote, “despite continued US airstrikes in Somalia and US assistance to African partner forces, Al-Shebab appears to be a growing threat that aspires to strike the US homeland.”

At least 10 people were killed Friday when a car bomb blew up outside a popular restaurant in the Somali capital Mogadishu, an attack claimed by Shebab.