NEW YORK CITY — The trial of an alleged Honduran drug-trafficker, whose case implicates Honduran President Juan Orlando Hernandez and other high-ranking officials, gets underway in the Southern District of New York on Monday.

Geovanny Fuentes Ramirez, 50, was arrested trying to leave Miami in 2020 and has pleaded ‘not guilty’ to charges of conspiring to smuggle cocaine into the United States and related weapons charges.

References to Hernandez appear frequently in the filings against Fuentes Ramirez, as well as in a drug-trafficking case against Hernandez’s brother Tony, who was convicted of drug trafficking and related weapons charges in October 2019.

In that trial, U.S. prosecutors said Juan Orlando Hernandez had accepting millions in bribes from drug traffickers. The president has repeatedly denied the allegation. 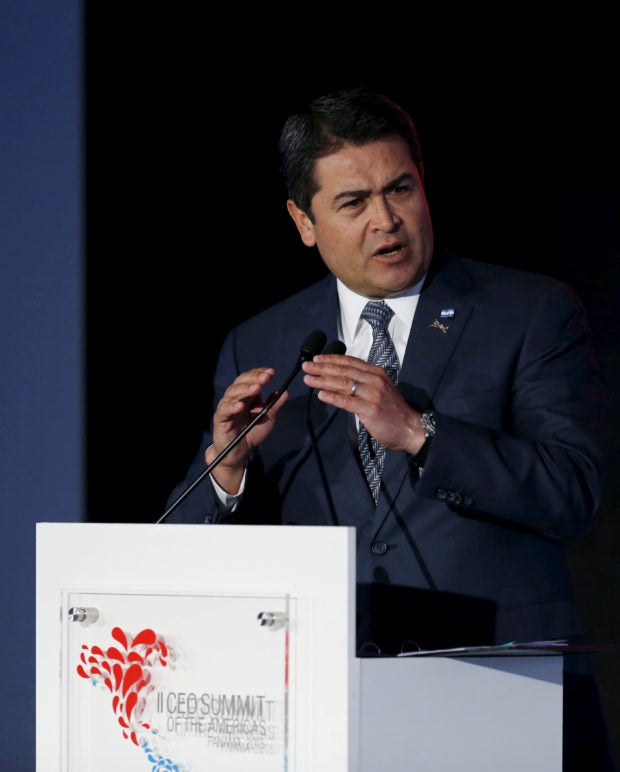 In a tweet at the time, he said that the verdict was “based on testimonies of confessed murderers,” referring to former drug traffickers who cooperated with U.S. authorities in the trial. In comments to Honduran media, Hernandez has denied all wrongdoing.

In Fuentes’ case documents, federal prosecutors accused Hernandez, who has been president since 2014, of using Honduran law enforcement and military officials to protect drug traffickers.

Hernandez was a key ally to the United States under both the Obama and the Trump administrations.

The investigation could not only affect future bilateral relations but also complicate the new Biden administration’s efforts to invest $4 billion in Central America, including Honduras, to address the causes of migration.

Last month, thousands of Hondurans joined one of the largest-ever migrant caravans hoping to reach the United States, with many citing rampant violence, government corruption, and worsening poverty as their reasons for leaving home.

Democratic U.S. senators in late February introduced a bill that would sanction Hernandez for alleged drug trafficking and corruption and cut off financial assistance and ammunition sales to Honduran security forces.

In addition to potentially shedding light on the extent of corruption and official involvement in drug trafficking in Honduras, revelations from Fuentes’ trial could affect presidential primaries taking place in Honduras this month ahead of November’s election.

Previous court filings show that the U.S. Drug Enforcement Administration began investigating Hernandez and others for drug trafficking and money laundering around 2013, the year he was elected president after heading the parliament, or Congress.

He was re-elected in a contested ballot in 2017 to hold office until early 2022.

Hernandez has denied the allegations in the Fuentes case. In a tweet, the presidency said the idea that Hernandez had taken drug money from Fuentes or protected traffickers was “100% false and appears to be based on the lies of confessed criminals who seek revenge or to reduce their sentences.”

He has often represented himself as tough on drugs and claimed credit for breaking up powerful crime cartels and extraditing numerous traffickers to the United States.

U.S. prosecutors said the Honduran government has “hardly been forthcoming” with assistance in their investigations and said the government had not honored requests to extradite potential witnesses against the president.