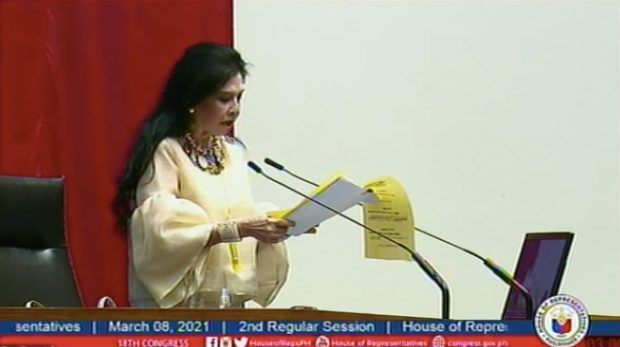 MANILA, Philippines — Female lawmakers took full control of Monday’s session in the House of Representatives in celebration of National Women’s Month and the International Women’s Day.

The all-woman session was led by Deputy Speaker Rose Marie Arenas who also serves as president of the 85-strong Association of Women Legislators Foundation Inc. of the 18th Congress. 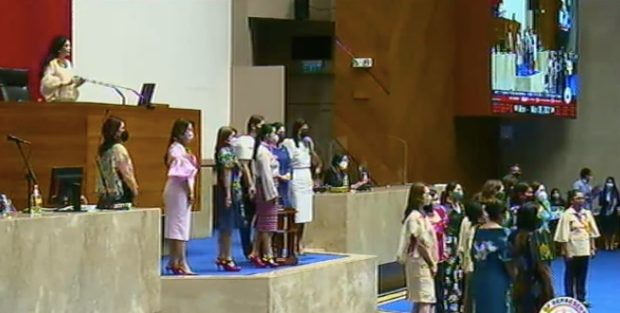 During the flag-raising ceremony held at the Batasan Pambansa last March 1, Speaker Lord Allan Velasco said the strength and resilience of the House as an institution “is truly a reflection of the many women that make it strong, while giving it a heart.”

“Allow me to recognize all the strong, empowered and empowering women of the House. Kinaya at kinakaya natin ang laban sa pandemya because you kept everything steady here at work even as you faced the challenges with your families at home,” Velasco said.

Velasco also said that at present, women make up 48 percent of the House workforce.

Citing records from the chamber’s Human Resource Management Service, he said that out of the 4,037 members and employees of the House, 1,941 are women.

Further, the House elected in October last year a female Secretary-General – Atty. Jocelia Bighani Sipin, who led the House Secretariat through a period of transition from October 12 to November 18, 2020.

Currently, Sipin is the Deputy Secretary-General assigned at the Office of the Speaker.