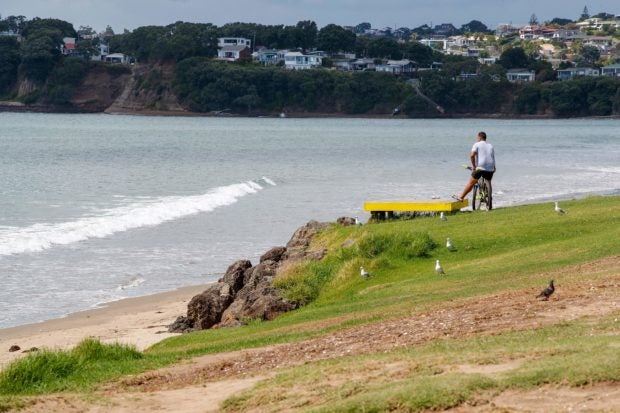 A man looks out onto a beach following a tsunami warning in Orewa, north of Auckland, on March 5, 2021, as tens of thousands of coastal residents in New Zealand, New Caledonia and Vanuatu fled for higher ground as a cluster of powerful earthquakes sparked a Pacific-wide tsunami alert. (Photo by DAVID ROWLAND / AFP)

WELLINGTON – Earthquakes continued to rock New Zealand’s North Island on Saturday with the US Geological Survey recording a magnitude 6.4 shock the day after a Pacific-wide tsunami alert sparked by a monster quake.

There have been no reports of serious damage or injury from the quakes, nor from a host of smaller tremors, which were centred offshore from the eastern city of Gisborne.

A swarm of quakes up to 8.1 on Friday near the remote Kermadec Islands, 1,000 kilometres (620 miles) northeast of New Zealand, triggered tsunami warnings for several South Pacific islands although the waves did not reach the predicted three metres (11 feet).