Mall in Tacloban re-opens 2 years after destruction by fire 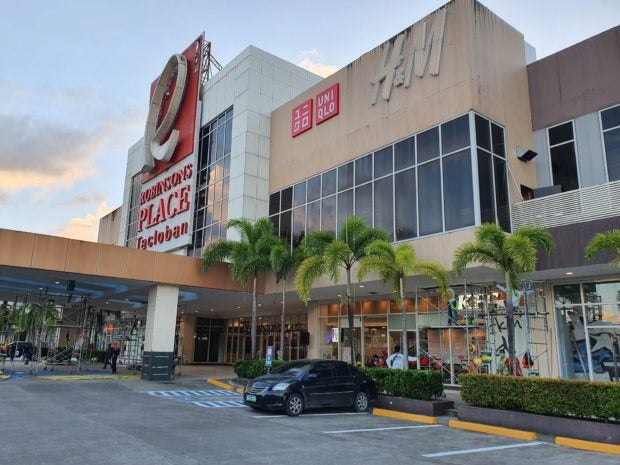 Robinsons Place Tacloban reopens to the public almost two years after it was destroyed by fire. (JOEY GABIETA/INQUIRER PHOTO)

TACLOBAN CITY –– A mall in this city resumed operations on Friday, almost two years after it was destroyed by fire.

Robinsons Place Tacloban has resumed its operations, although only 30 percent of its original 254 tenants that includes stores and kiosks, opened, according to Floramie Adolfo, senior operations manager of the mall.

She said more tenants would be allowed to open in the coming months, saying it is best to resume operations “gradually.”

Robinsons Place Tacloban, the first shopping mall to open in Eastern Visayas in 2009, was destroyed by a big fire on Oct. 23, 2019.

When it was pummeled by Supertyphoon “Yolanda” on Nov. 8, 2013, the mall was not only damaged but was also looted.

“But we are very excited and optimistic with the reopening of Robinsons here in Tacloban City, which is one of our top performers,” said Adolfo.

She stressed that the shopping mall management would strictly observe all the health protocols like wearing a face mask and face shield, temperature checking, and social distancing.

Adolfo said they also reduced their rentals, considering that the economy is still down due to the pandemic.

With its reopening, around 500 people have been employed.

Aside from its branch located in Marasbaras District, Robinsons is also operating another mall at Abucay District in the city.