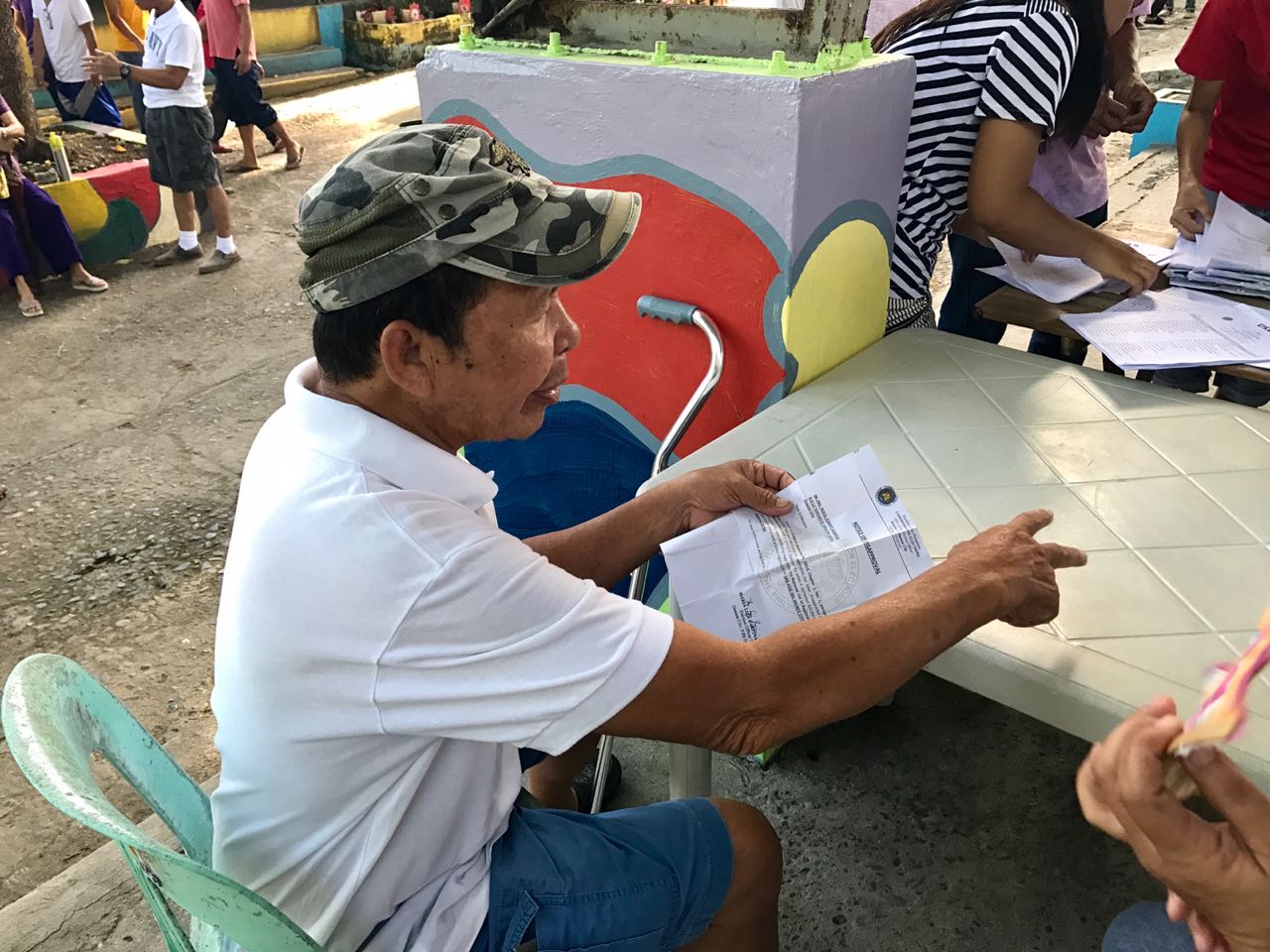 (FILE) Florante Roco talks to people at the voting center in San Jose del Monte City in Bulacan on May 14, 2018. INQUIRER.NET / PATHRICIA ROXAS

MANILA, Philippines — A lawmaker in the House of Representatives is pushing for early voting for senior citizens and persons with disabilities (PWDs) in the May 2022 elections.

In filing House Bill No. 8756, Quezon City Rep. Precious Hipolito Castelo underscored the importance of allowing senior citizens and PWDs to vote early especially as they are among the sectors that are most vulnerable to COVID-19.

“It is safe to assume that the pandemic will still be here during the election period. Thus, it is important for Congress and the Commission on Elections (Comelec) to take measures to help health authorities prevent the spread of COVID-19 among voters and the population in general,” Castelo said.

“They should be given the chance to cast their ballots without compromising their physical health and safety. Otherwise, thousands might just opt not to vote for fear of contracting the virus,” she added.

Under the measure, the Comelec would establish a system for early voting of senior citizens and PWDs at accessible polling precincts pe-designated to be venues for early voting.

Early voting would happen even days before the date set for the election, the bill adds.

Senior citizens and PWDs who are registered to vote shall automatically qualify to exercise their early voting privileges, according to the measure.

Further, it states that the Comelec may set up an online system for voluntary pre-registration for the sole purpose of determining the estimated number of voters who would want to avail of the option to vote early.