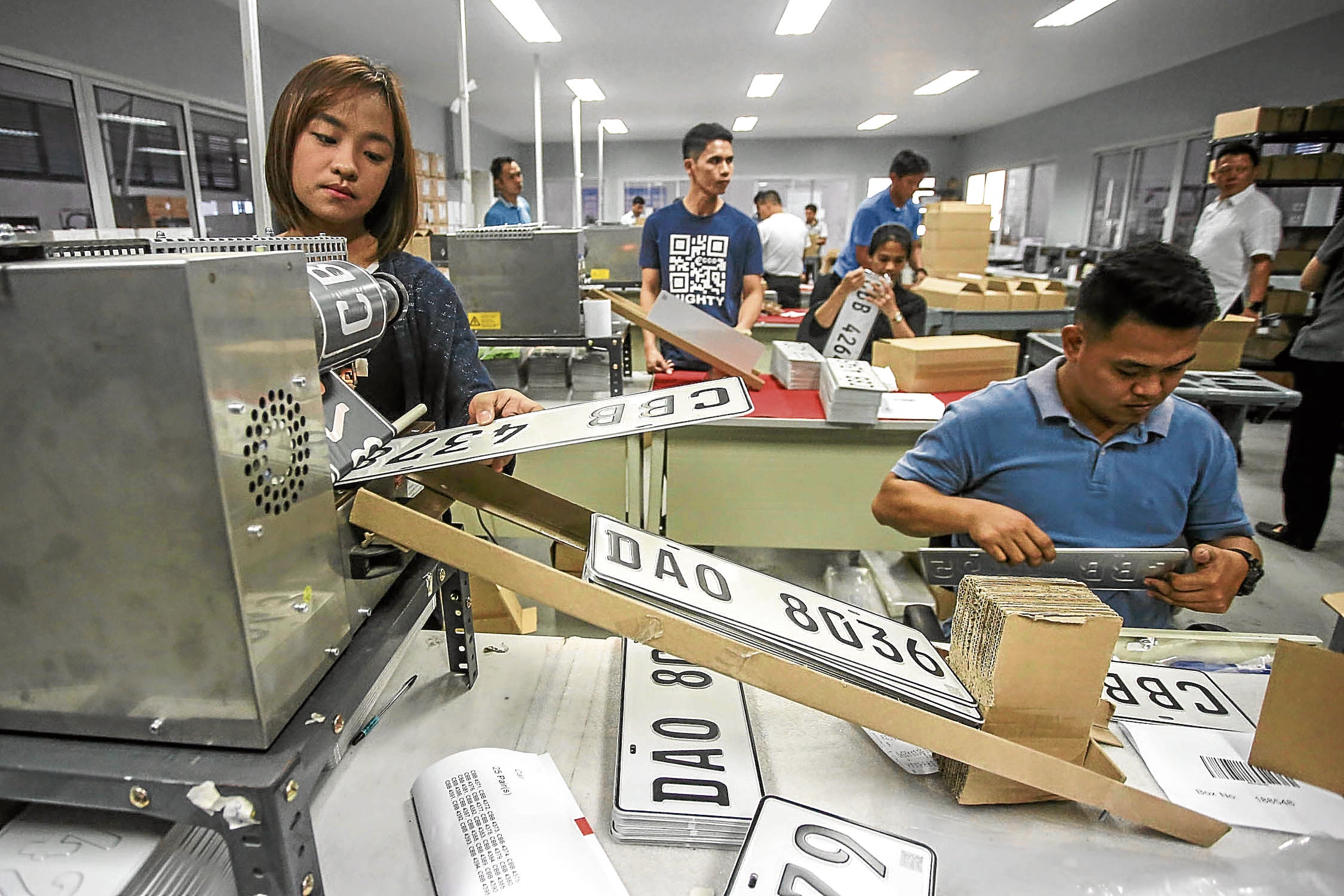 SCREWS FOR PLATES Sen. Richard Gordon says a contract to supply P500-million worth of screws for motor vehicle license plates is irregular and he will recommend that transport officials responsible be charged with graft. —JAM STA ROSA

The Senate blue ribbon committee will also run after government officials responsible for the allegedly irregular bidding to supply P500 million worth of screws for the botched vehicle plate project in 2013, Sen. Richard Gordon said on Thursday.

Gordon said his committee had found that the Land Transportation Office (LTO) in 2013 entered into an allegedly irregular deal for license plate screws, the cost of which was passed on to vehicle owners.

“Imagine how they tried to make money with screws; anyone would have just bought any kind of ordinary screws, but in this case, [vehicle owners] were obliged,” he said.

According to Gordon, the findings on the P500 million contract for screws, as well as other irregularities, will form part of his committee’s recommendation to file graft charges against LTO officials in connection with the their failure to issue license plates.

“This really boils down to graft and corruption, and I can say this early that that will be our recommendation, because they caused undue injury to all parties: motorcycle riders, the consumers,” he said.

“The general public that would have been able to enjoy the use of their vehicles suffered. So that is graft and corruption, aside from stealing from the government,” Gordon said.

The Senate committee on good government chaired by Gordon has been conducting an inquiry into the alleged illegal acts committed by past and current LTO officials on the slow implementation of Republic Act No. 11235, or the Motorcycle Crime Prevention Act.

In the past three hearings, the committee tried to show that the LTO on two occasions failed to deliver license plates that vehicle owners had already paid for.

Gordon also castigated LTO officials for allowing their favored motorcycle dealers to set up a monopoly in the sale of motorcycles, even to the detriment of ordinary buyers.

He said the LTO was partly to blame for felonies committed by motorcycle-riding criminals around the country, including murder, robbery, rape and car theft.

The senator was dismayed that the LTO had bungled its license plate program twice, with two allegedly irregular contracts in 2013 and in 2017.

“The first time they had the project [bid] out despite the lack of funds. The Supreme Court may have said this is already cured, but the responsible officials are still liable,” he said.

It was in that contract that the LTO also bid out the P500 million supply contract for screws, Gordon said.

The specialized screws or bolts carry a security feature that allows the head to break off upon installation, making it hard to remove and the plates tamper-proof.

In its 2016 program, the LTO tried to replace the motorcycle plates in compliance with the requirement of RA 11235 to make motorcycle license plates easily visible, in the belief that this would deter motorcycle-riding criminals.

“The public has suffered long enough; they have been waiting for their license plates for the past nine years,” Gordon said.

Reached for comment on Thursday, LTO chief Edgar Galvante said he would be unable to explain the alleged irregularities in the license plates project from 2013 to 2016 as he was not yet in office during those years.

“During the hearing, Senator Gordon was asking Attorney [Jose Perpetuo] Lotilla on how they entered into a contract for the license plates that time. It was Attorney Lotilla who signed the contract so I wouldn’t know the circumstances,” Galvante said.

He noted that Lotilla, who was a member of the bids and awards committee of the defunct Department of Transportation and Communication, had promised to submit an explanatory report on the contract during the hearing.

Gordon said he also found LTO officials liable for allowing the Manufacturers, Assemblers, Importers, Rebuilders, Dealers, and Other Entities to monopolize the sale of motorcycles. He said this constituted combination in restraint of trade.

These dealers, he said, also manipulated their unsuspecting customers to agree to onerous terms and exorbitant interest rates for installment payments of as high as 36 percent, and an additional 5-percent compounded interest rate in case of a failure to make payments.

Motorcycle dealers have also been defrauding the government of mortgage fees by not declaring sales by installment payments as such, he said.

Gordon said that because of the Senate blue ribbon hearings, motorcycle dealers had been informing their customers of the availability of their certificates of registration. —WITH A REPORT FROM MARIEJO S. RAMOS