Can carpooling be organized like bus routes? France thinks so | Inquirer News

Can carpooling be organized like bus routes? France thinks so 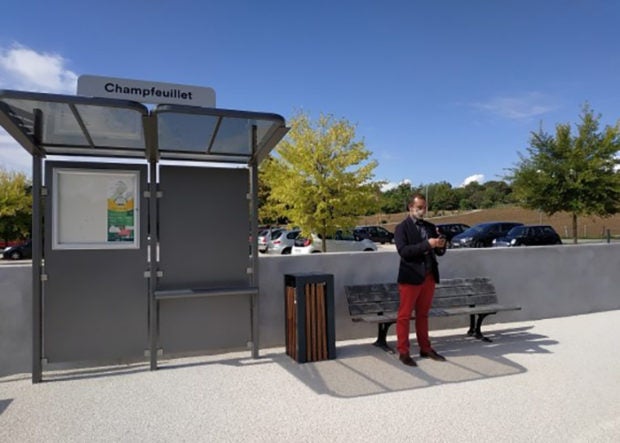 Carpooling today can take different forms. One innovative approach being rolled out in France is high-service-level carpooling routes. These routes are similar to the predefined lines operated by public transport companies, only here, they’re adapted to suit carpooling. This French initiative has already been deployed in several large cities in the country, including Grenoble, Lyon and Rennes.

This system works just like a high-frequency bus line, with several fixed carpooling stops located at various points along the highway. A passenger makes themselves known via an accompanying application, or by a simple SMS, then shares the cost with their driver of the day.

And like traditional bus lines, these high-service-level carpooling routes have fixed stops and predefined windows of passage. In rush hour, for example, there can be less than five minutes’ wait between two cars.

Each stop is generally positioned near a car park or a station, facilitating onward journeys home with a personal vehicle or on public transport. The idea is to link up several strategic points within a given perimeter. In Lyon, for example, the Lane network provides links between the city center and Bourgoin-Jallieu station, the Villefontaine outlet mall and Lyon-Saint-Exupéry airport. Similarly, the M’ Covoit – Lignes+ network provides an easy link to Grenoble from Voiron and Tullins.

These first carpooling routes, using specific and dedicated lanes, have been implemented by a company called Ecov in a global first. The aim is evidently to reduce traffic in and out of urban centers, while offering a reliable, high-performance carpooling service for everyday journeys, such as journeys between home and work. Carpooling lanes were one of the measures proposed by France’s Citizens Convention for Climate. JB

From mobile business to transporting kids, there’s a cargo bike for that