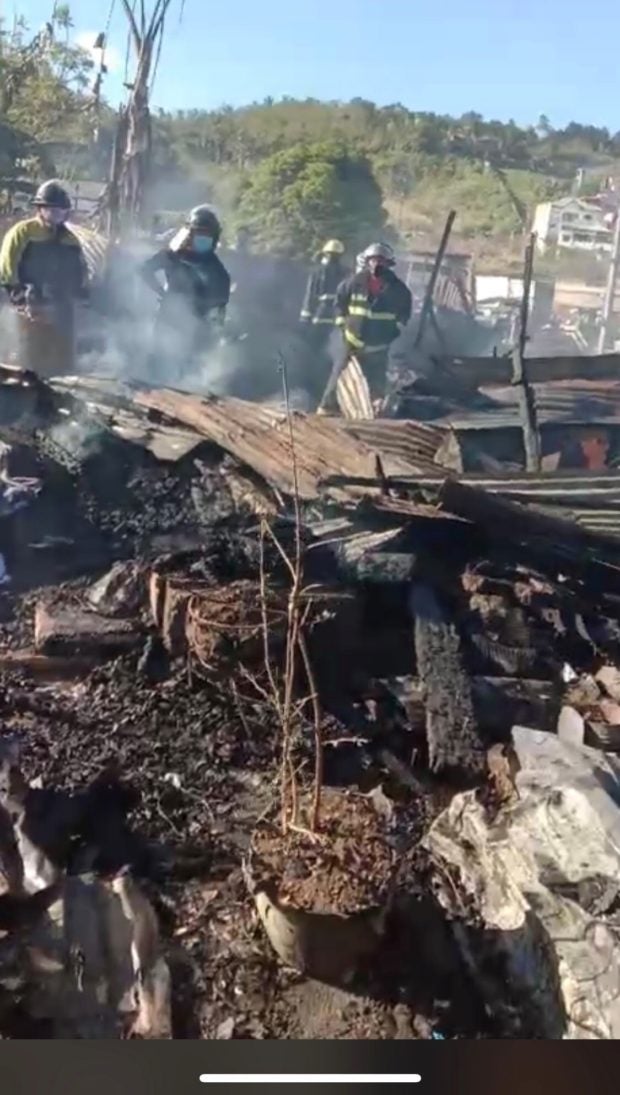 Firefighters inspect the houses that were razed by fire in Barangay Bulacao, Cebu City on Thursday afternoon. (Contributed photo)

CEBU CITY—A 28-year-old woman died in a fire that destroyed her home at the village of Bulacao here on Thursday (March 4).

The woman was identified as Maris Bayaton, who has Downs syndrome.

After 18 minutes, the fire was under control, said SFO1 Novo Perana.

Aside from the residence of the Bayatons, two other houses were destroyed by the fire.

Five families, consisting of 16 individuals, were displaced by the fire.