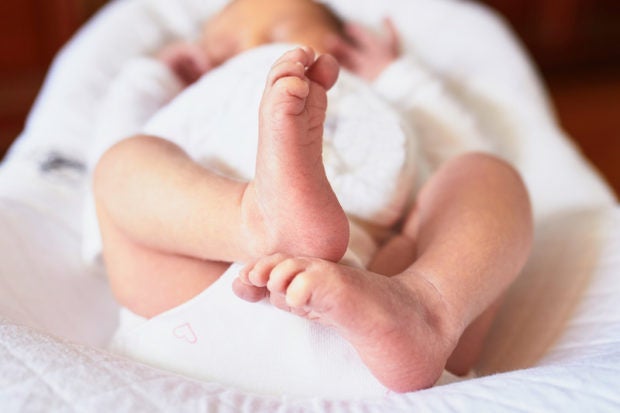 One Chinese woman’s dream to have a large family has been costly because of a population control policy, but for her, the price has been worth it.

Zhang Rongrong, a 34-year-old businesswoman, has seven kids with her 39-year-old husband. This means that she had to pay more than 1 million yuan (about $150,000 or P7.5 million) in “social support fees,” which are collected when parents break the current two-child policy, the South China Morning Post reported on Feb. 25. If the couple had not paid up, the children would not have had identity documents.

Zhang has a garment factory, a jewelry company and a skincare business in the southern province of Guangdong. She told the news outlet that she made sure she was financially ready for more children before having her younger kids.

She hails from Chaoshan, a region in Guangdong where families tend to have three to four kids because they would rather have boys than girls. But gender is not her reason for having so many kids.

“When my husband’s away on trips and the older kids are also away for study, I still have other children around me… When I’m old, they can visit me in different batches,” she reasoned.

After sending her older kids to school in the morning, the younger ones are left with a nanny so she can visit her factory. However, she acknowledges that her focus on her career could slow down with having kids.

“I know that I may not be able to make further achievements at work,” she said. “If I devote all of myself to work, I won’t be able to care for my family. I have to make a choice.”

Her husband opted to stop their child count at seven by getting a vasectomy after their youngest child was born in 2019. She said it was because he could not spend as much time with his family due to work.

Zhang says that despite what others assume, she does not feel tired raising her kids. “It’s just like dancing—if you like it, you will feel comfortable even when you’re sweating. As for quality [of life], my kids are all very happy.”

China imposed the controversial one-child policy in 1979 to control its population size. However, as birth rates dwindled with rising social costs and an aging population, the policy was changed to allow two children in 2015. Despite the new policy, the birthrate has continued to dwindle, and one of the reasons for this is that women face discrimination at work for being pregnant, making motherhood and having a career incompatible, according to a 2018 study. Niña V. Guno /ra

New family planning policy to be tested in China

Man ordered by divorce court to pay wife $7,700 for doing housework during their marriage

Read Next
Vaccination of domestic workers before deployment to UAE raised in meeting — DOLE
EDITORS' PICK
SWS: Over 12M Filipinos still jobless as of May 2021
Dizon: 40 of 119 ‘Build’ projects done by 2022
Smart celebrates all kinds of ‘#SimplyLove’ for Pride Month
Spread of Delta variant ‘prevented’ –expert
Smart brings KCON:TACT especially 4U to subscribers from June 19 to 27
SANTIS Delicatessen: The road to survival is sweet and savory
MOST READ
Gordon eyes VP running mate for 2022 polls
Landmark tale of corruption
Mayor vs mining ‘guilty of oppression’
William Martinez sometimes feels his kids ‘don’t remember’ him anymore
Don't miss out on the latest news and information.