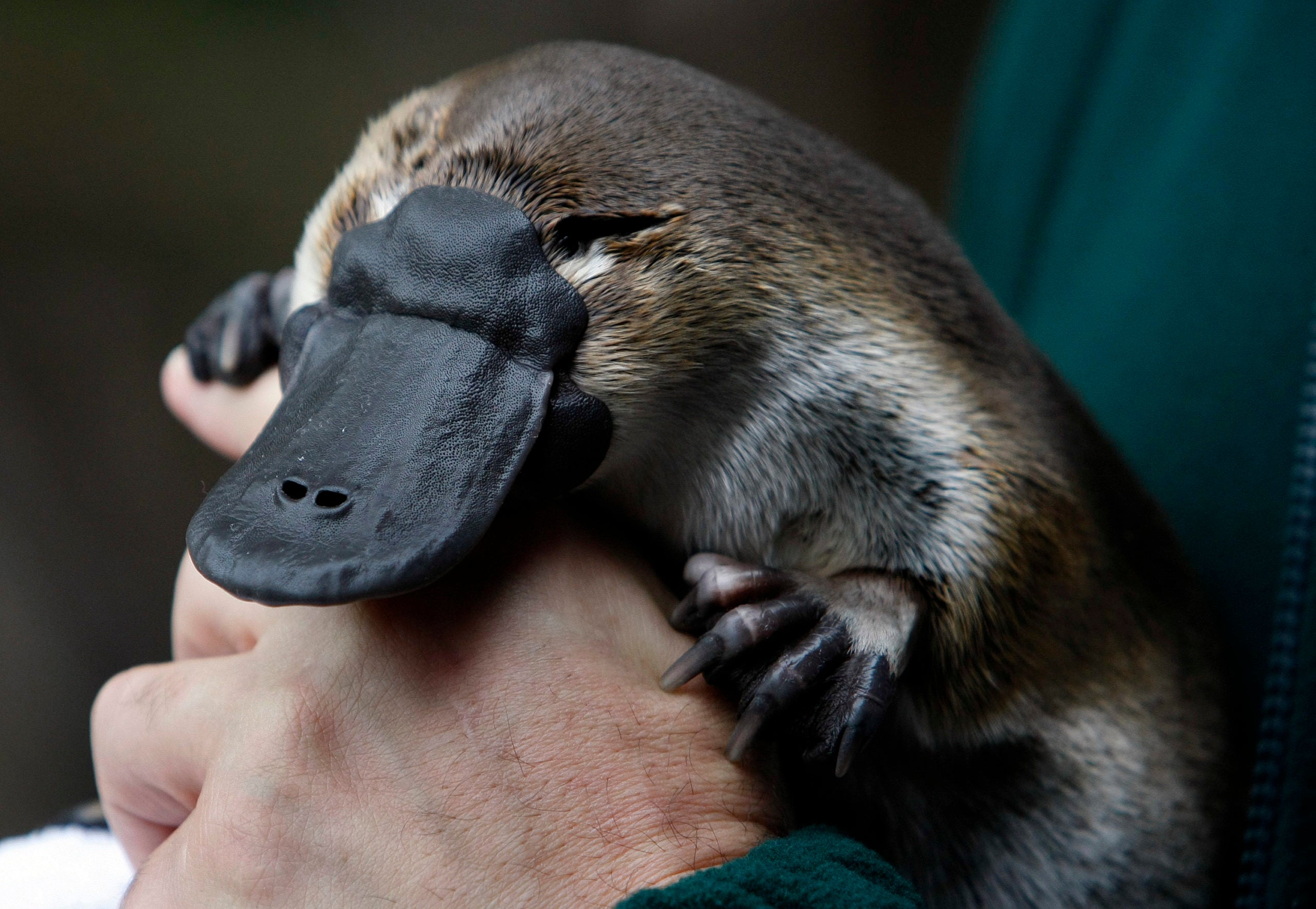 FILE PHOTO: An adult male platypus named Millsom is carried by his keeper at an animal sanctuary in Melbourne May 8, 2008. REUTERS/Mick Tsikas

SYDNEY — Australian conservationists on Wednesday unveiled plans to build the world’s first refuge for the platypus, to promote breeding and rehabilitation as the duck-billed mammal faces extinction due to climate change.

The Taronga Conservation Society Australia and the New South Wales State government said they would build the specialist facility, mostly ponds and burrows for the semiaquatic creatures, at a zoo 391 km (243 miles) from Sydney, by 2022, which could house up to 65 platypuses.

“There is so much to learn about the platypus and we know so little,” Taronga CEO Cameron Kerr told reporters.

“These facilities will be critical in building our knowledge so that we don’t let this iconic creature slip off the earth.”

Concerns about the platypus going extinct have been heightened since once-in-a-generation wildfires devastated 12.6 million hectares (31 million acres) of bush, nearly the size of Greece, in late 2019 and early 2020.

Unlike other famous Australian animals such as the koala or kangaroo, the beaver-like platypus is rarely seen in the wild due to its reclusive nature and highly specific habitat needs.

The furry, web-footed animal, along with the echnidna, is one of just two egg-laying mammals, and generally lives around small streams and slow-moving rivers in cooler temperatures.

“The refuge … will give us a chance to really learn about what sort of environments they like, and what is most likely to encourage them to breed,” said Kerr.

The 2019-20 bushfires followed several years of drought, and Taronga had noted beforehand an increased number of platypuses with “climate-related injuries and illnesses”, it said in a statement.

Last year, a separate inquiry found that koalas would be extinct in New South Wales by 2050, due to deforestation for farming and urban development.

The platypus is classified as a protected species in Australia, and Taronga said that without intervention, the animal may follow a few decades later.