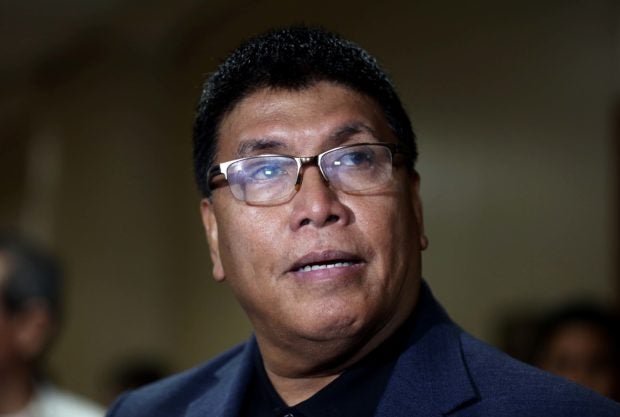 MANILA, Philippines — The Sandiganbayan has denied a bid by Surigao del Sur 1st District Rep. Prospero Pichay Jr. to reverse the guilty verdict handed over to him in his graft case.

The anti-graft court found “no compelling reason” to grant Pichay’s motion for reconsideration and another motion for leave to admit supplemental documents to his previous motion because these were filed over one month after the case was promulgated.

The court’s Fifth Division issued this decision in a resolution dated Feb. 23.

Pichay was convicted of graft on Oct. 23, 2020, for approving a P1.5 million budget for a chess competition at the Local Water Utilities Administration (LWUA) in 2010 when he was still its acting chair, as well as chair of its board of trustees.

The National Chess Federation of the Philippines (NCFP) was tapped to oversee the competition, which was called the 2nd Chairman Prospero Pichay Jr. Cup International Chess Championship.  Pichay was then also the NCFP president.

According to records from the Fifth Division, the motion for reconsideration was filed Dec. 14, 2020 — over a month since the promulgation. The supplemental data, which was filed through a motion for leave, was submitted last Jan. 27.

“After a perusal of the parties’ arguments, the Court finds no compelling reason to grant the motion for leave. It should be pointed out that the motion for leave was filed more than one month after the promulgation of the Decision in these cases,” the Fifth Division resolution, penned by Associate Justice Maryann Corpus-Mañalac, read.

“Absent any extraordinary circumstance, granting the motion will in essence unnecessarily extend the reglementary period for filing a motion for reconsideration,” the resolution added.

The Sandiganbayan also stressed that the supplemental documents to the motion for reconsideration also served  no purpose, as there was no justification mentioned as to why these would be needed.

“In any case, the Court is of the view that granting the motion will serve no meaningful purpose. The supposed supplement to the motion for reconsideration is being sought to be admitted to amplify the arguments set forth in the Motion for Reconsideration,” the Fifth Division noted.

“However, no specific reason was stated to justify the need for such amplification. Neither is there any claim that the accused will suffer grave damage or will be greatly prejudiced if the motion for leave is not granted,” it said.

The denial of Pichay’s motion for reconsideration affirms his conviction and the penalties of imprisonment of six years and one day up to a maximum of eight years and perpetual disqualification from public office.

His fines — P5,000 for violating the Code of Conduct of Ethical Standards for Public Officials and Employees and the joint reimbursement of the P1.5 million budget of LWUA —  will also be enforced.