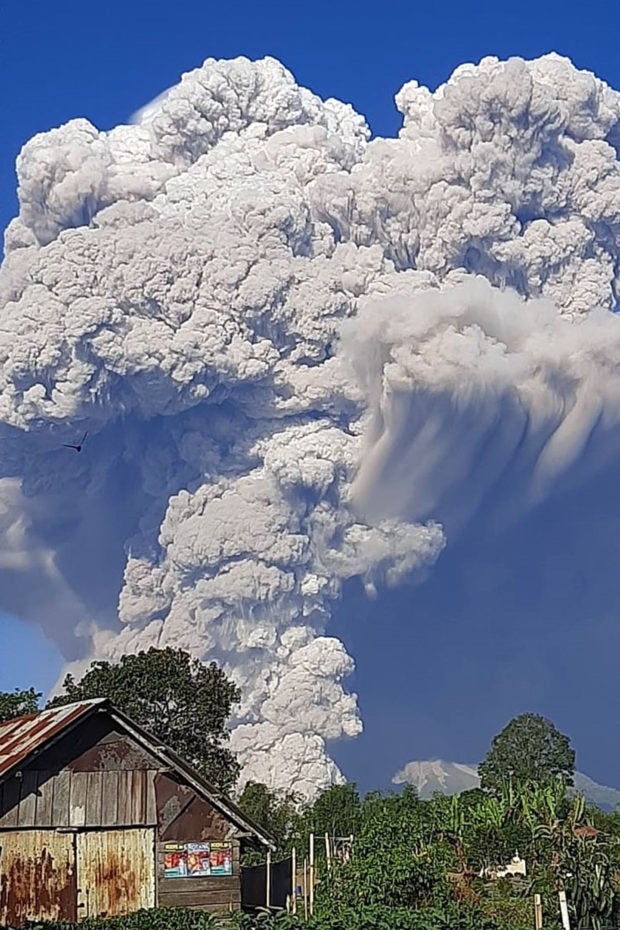 Mount Sinabung spews ash into the sky, as seen from Karo, North Sumatra on March 2, 2021. (Photo by Bahari TARIGAN / AFP)

There was no immediate danger to life or property, authorities said, with a five-kilometer (three-mile) ring around the volcano having been left unoccupied over recent years.

No evacuation orders have been issued, and there have been no reported flight disruption.

But locals are taking no chances.

“The residents are scared, many are staying indoors to avoid the thick volcanic ash,” Roy Bangun, 41, told AFP.

Muhammad Nurul Asrori, a monitoring officer at Sinabung, said Tuesday’s plume of smoke and ash was the largest he had seen since 2010 and warned that it could still get bigger.

“The large lava dome at any time could burst, causing a bigger avalanche of hot clouds,” he said. 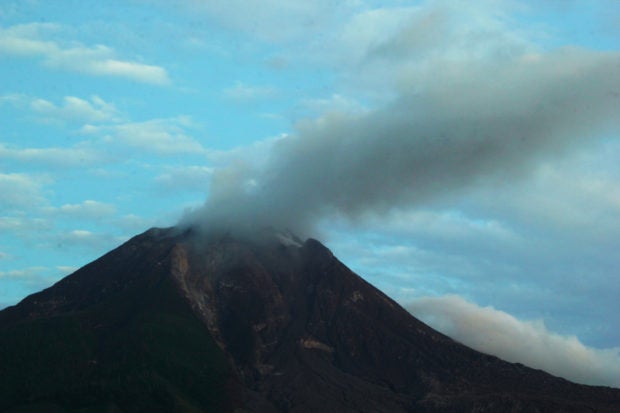 Sinabung, a 2,460-meter volcano, was dormant for centuries before roaring back to life in 2010 when an eruption killed two people.

After another period of inactivity, it erupted again in 2013 and has remained highly active since.

Indonesia – an archipelago of more than 17,000 islands and islets – has nearly 130 active volcanoes.

It sits on the “Ring of Fire,” a belt of tectonic plate boundaries circling the Pacific Ocean where frequent seismic activity occurs.

Mount Merapi on Java island, one of the world’s most active volcanoes, also erupted this week, spewing lava down one of its flanks.