Hate crimes vs Asians on the rise, PH tells US gov’t | Inquirer News

Hate crimes vs Asians on the rise, PH tells US gov’t 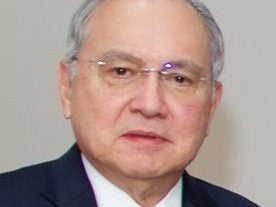 MANILA, Philippines — The Philippines has called the attention of the US government to rising hate crimes against Asians, Philippine Ambassador to the United States Jose Manuel Romualdez said on Monday.

In a television interview, Romualdez said he sent a note verbale to the US state department “just about a week ago.”

“We are very concerned about it …. We already called the attention of the state department and told them about this rising number of victims of anti-Asian attacks,” he said.

“The government used to refer to COVID-19 as the ‘China virus.’ Since a lot of our fellow Filipinos here have Chinese ancestry, they were taken advantage of,” he added.

Romualdez noted that one of the most serious incidents happened to Noel Quintana, a 61-year-old Filipino who was slashed across the face with a box cutter and was left bleeding on a New York subway train while his assailant escaped.

“I wrote letters to some senators who are [part of their] justice committee and the racial discrimination committee of the US Senate. I wrote to them, calling their attention to the violent incidents against Asian Americans here,” he said.