The Long Trail: After months at sea over infection worries, Spanish cattle ship returns to port 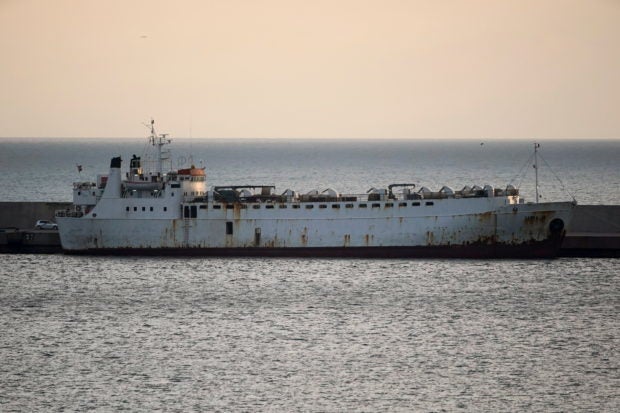 CARTAGENA, Spain — A shipload of Spanish cattle that had been drifting for months due to concerns over the bovine bluetongue disease docked in Spain on Thursday, the government said, but the fate of the animals remains unclear.

The Karim Allah left the Mediterranean port of Cartagena on December 17 carrying 895 cattle destined for sale in Turkey. A second ship, the ElBeik, set sail the next day from Tarragona with a cargo of nearly 1,800 cows.

Even though the cattle had clean veterinary certificates, according to Spain’s government, Turkish authorities rejected both vessels and suspended live animal imports from Spain after an outbreak of the insect-borne bluetongue disease was detected in the Spanish province of Huesca.

The Karim Allah tried to find another buyer in Libya but was rejected by authorities there and spent weeks drifting through the eastern Mediterranean, struggling for supplies.

“We tried to get more feed in Tunisia…but they kicked us out. In the end, we managed to get more in Sicily after the animals spent several days with only water,” said Miguel Masramon a lawyer representing Talia Shipping Line, the shipowner.

The ship moored at Cartagena’s Escombreras dock. The Agricultural Ministry said specialists have boarded to test the animals.

If the cattle are cleared, they can be resold for live export. But if they are slaughtered on landing on government orders, they cannot be sold for food and the shipment would have to be written off.

In such a case “the cost could be well in excess of one million euros,” Masramon told Reuters. 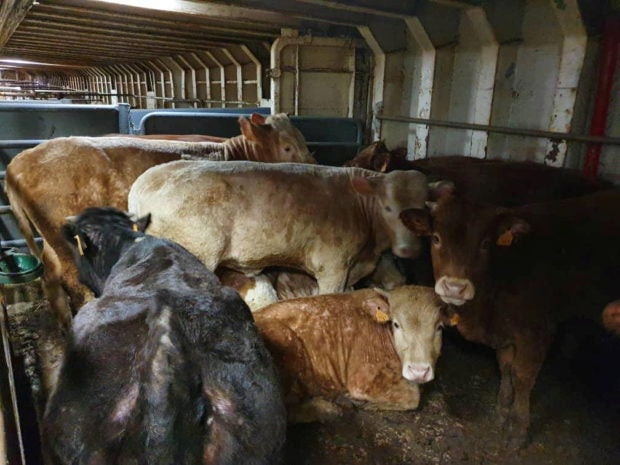 Cattle are seen on board of livestock ship “Karim Allah” where they have been stranded for months for suspected bluetongue disease, near the coast of Cartagena, Spain February 24, 2021. Picture taken February 24, 2021. Tallia Shipping Line Co. Srl/via REUTERS

Reuters was trying to reach World Trade for comment. Pinsus Ursa had no immediate comment when contacted by Reuters. It was not known who the buyer in Turkey was.

The Spanish Agriculture Ministry said it was waiting to board the ship, check the animals and take the appropriate action.

Meanwhile, samples taken by a private company have been sent for testing in Madrid and Thalia expects the results within a matter of days. Port authorities have impounded the vessel until a full inspection is carried out.

The Togo-flagged ElBeik faced a similar ordeal and is currently moored off the Turkish Cypriot port of Famagusta, loading animal feed, an official said.

“It is highly likely that the ship will set off for Spain after the animal food shipment process is completed,” said Demir Ali Deveci, a senior agricultural official in the breakaway Turkish Republic of Northern Cyprus.

Authorities did not determine whether there was an outbreak aboard, he added.

Matilde Moro, head of Spain’s ranchers’ association Asoprovac, accused Turkey of spreading false information and called on the Agriculture Ministry to stop all animal trade with the country.

“I don’t want even one more ship to leave for Turkey when Turkey can take such arbitrary decisions,” she said.

“These animals came sick from the Spanish ports. Many of them have already died and those still alive are suffering a hellish ordeal” Igualdad Animal’s director in Spain, Silvia Barquero, said in a statement.

Masramon said only 15 animals had died on the Karim Allah, which he said was a “success” given the difficult conditions.