Disaster in the Himalayas: How a rare February landslide left over 200 dead 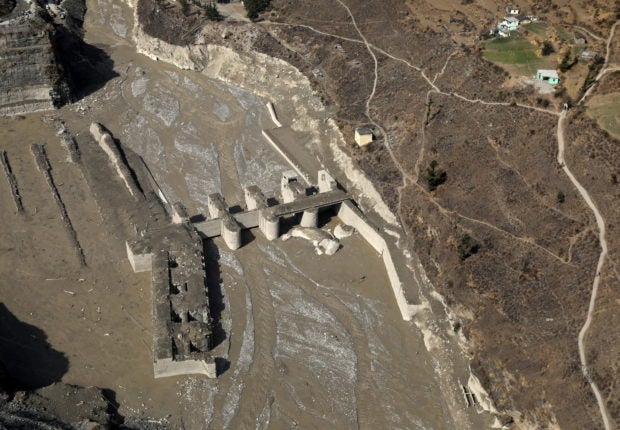 FILE PHOTO: An aerial view shows a damaged barrage after a flash flood swept a mountain valley destroying dams and bridges, in Tapovan in the northern state of Uttarakhand, India, February 12, 2021. REUTERS/Anushree Fadnavis

NEW DELHI — A landslide 20 kilometers west of Nanda Devi, India’s second-highest peak, resulted in a flash flood on February 7 that left more than 200 dead, and swept away two-state hydro-electric projects, according to satellite imagery reviewed by Reuters.

Avalanches and flash flooding in the Himalayas are common during summer and monsoon months, as melting snow and heavy rains combine. But incidents like this are rare so early in the year, alarming scientists studying climate change that is rapidly heating the world’s highest mountains.

Scientists are still studying the details of exactly what happened but said heavy snowfall followed by bright sunshine led to snow-melt in the area.

That could have triggered a chain reaction that led to an avalanche and heavy flow of ice, water, rocks, and debris surging down the Dhauliganga River valley and destroying villages. While at least 70 bodies were recovered, the state government has formally declared that another 136 people missing are presumed dead.

Dave Petley, Professor of Geography at The University of Sheffield, told Reuters that there was a reduction in the amount of snow, which could have helped trigger the landslide, but not enough to cause downstream flooding.

“There was clearly a thaw event happening at the time of the landslide. But this looks to be superficial snow only, not large volumes,” said Petley, who studies landslide events.

The disaster has prompted calls by environmental groups for a review of power projects in the ecologically sensitive mountains. Experts say rampant construction is adding to the burden weighing on rural communities across the Himalayas, especially in areas close to glaciers.