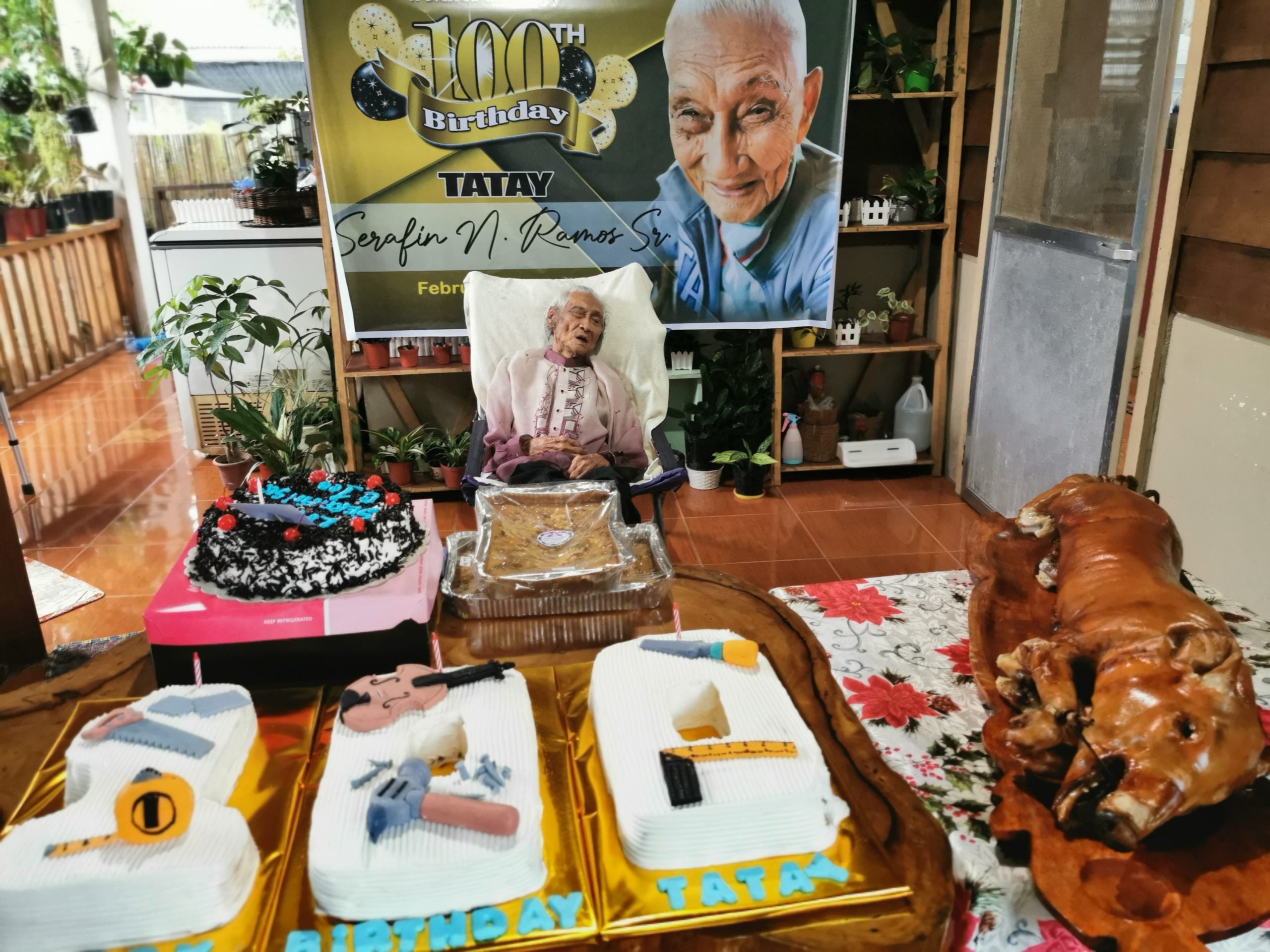 Serafin Ramos Sr. is the fifth centenarian in the town and the third one who is still alive.

According to Ramos’ second daughter, Beth, her father loves to eat vegetables and had avoided, if possible, food laced with monosodium glutamate, a popular seasoning.

In celebration of his longevity, some members of the Ramos family joined at least 30 volunteers from the Municipal Environment and Natural Resources Office, Maitum Advocates for Sustainable Environment and the Philippine National Police Mobile Group in planting 100 jackfruit trees on a family-owned farm in Barangay Malalag.

The fruit trees were donated by the Kiamba Sarangani Development Foundation Inc. through the initiative of the United States-based Carolina Villanueva Peralta.

Fondly called “Apin” by family and friends, Ramos’ life mirrors the story of a poor migrant from Luzon who found greener pasture in Mindanao through sheer hard work and determination.

With few belongings tucked in a kaban (wooden chest), his violin and one peso and 50 centavos in their purse, Ramos and his wife Cresilda left Agno, Pangasinan in 1950 and settled in Maitum.

To remind them of the harsh sea voyage that first took them to the Visayas from Luzon, and on to Mindanao, the couple named their eldest child Luzviminda, who is now 71.

Both unschooled, the Ramos couple would raise a brood of four who all succeeded in their chosen professions.

Ramos was mostly a carpenter but would do other jobs, like working in the farms, according to Beth.

Beth also recalled that while they were young, her father would help her mother, who died in 2010, prepare snacks for selling in town.

“Our father raised us with the values of industry, honesty and integrity,” Beth said. She also recalled her father’s being a strict disciplinarian.

At his dinner party graced by two dozen immediate family members only, Ramos had three cakes shaped into the number 100, and adorned by mini replicas of carpentry tools and a violin.

“We are celebrating a great milestone in the family. We love him so much,” said Ramos’ only son, Serafin Jr., who inherited his father’s penchant for playing the violin.

Due to old age, Ramos has a faltering memory but when he is lucid, he still sings his favorite Ilocano love song Dungdunguen Kanto (I love you forever).