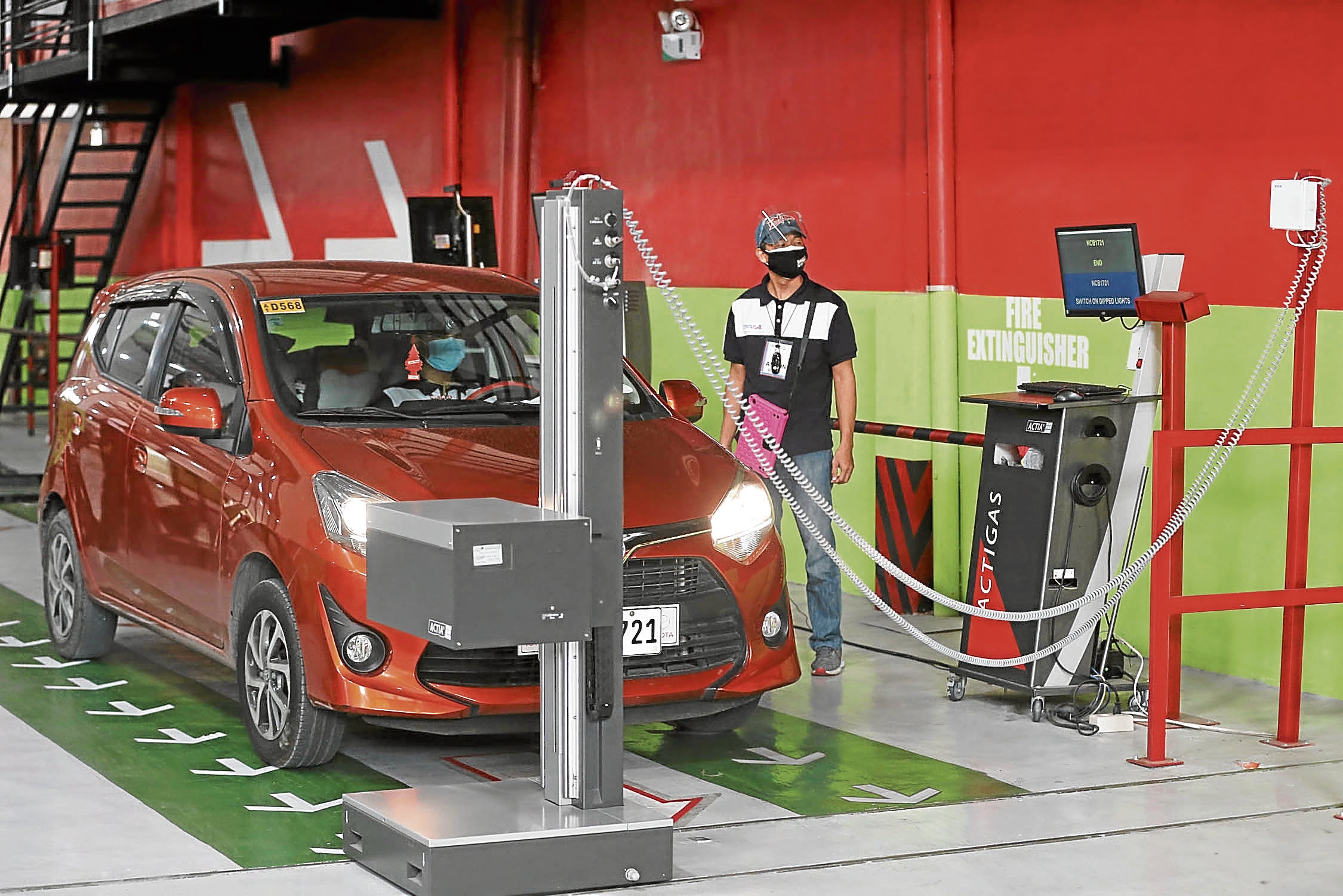 MANILA, Philippines — Senator Grace Poe on Wednesday called for the “immediate end” to the privatization of the Motor Vehicle Inspection System (MVIS),  which she branded as “oppressive, anomalous and extraordinarily flawed.”

“Despite the order of the President, the DOTr (Department of Transportation) and LTO (Land Transportation Office) have not yet come out with issuances formalizing the lowered fees and making the MVIC process optional,” Poe, chair of the Senate public services committee, said in sponsoring in plenary her panel’s report on its probe into MVIS implementation.

“There will be no definitive relief as long as the original issuances are not repealed pending resolution of the issues hounding the system,” she added.

The committee report recommended the repeal of DOTr’s Department Order (DO) 2018-19 and all related issuances that served as the bases for the operation of private motor vehicle inspection centers (PMVICs) under MVIS.

Poe cited the “several glaring and serious issues” plaguing the current implementation of the MVIS.

“There was a lack of transparency in the accreditation of PMVICs as evidenced by live streams of the proceedings submitted to the committee where 16 PMVICs were not even mentioned or shown,” the senator said.

“Local executives also lamented that they were not consulted prior to the operation of PMVICs in their area. Hence, the LGUs failed to conduct their inspection first. This is the experience of the city of San Fernando, La Union and the province of Calapan, Oriental Mindoro,” she added.

Further, Poe flagged an alleged “failure to comply with documentary and legal requirements” with regard to the PMVICs that are so far operating under the MVIS.

She noted that 12 out of 24 PMVICs currently operating do not have enough capitalization to finance an expensive inspection center costing more than P50 million while eight others registered as sole proprietorships “contained no information as to their financial standing.”

Poe also stressed that the system created by the “hasty rollout” of PMVICs is “in danger of violating the equal protection clause by mandating an undue requirement on motorists residing in locations where a PMVIC is present while such obligation is absent on those living in sites where a PMVIC is not yet set up.”

“There are also unknown standards of equipment… How did the DOTr evaluate the machines that will inspect the vehicles if they do not even have tech specs? Iba-iba ang makinarya, kaya naman iba-iba rin ang nagiging resulta,” she added.

“Convincing the public of the value of the new MVIS and encouraging them to trust the results paid for with good money would need more than empty assurances that the system is good,” Poe further said.

The senator reiterated her recommendation to the Senate blue ribbon committee, chaired by Senator Richard Gordon, to conduct a probe into the “highly anomalous transactions” surrounding the accreditation of PMVICs and officials involved.

“The questionable issuances seem to have created a very favorable environment for an oligopoly where only very few players can enter and succeed,” Poe said.

“The inexplicable dark moments during the evaluation process and lack of transparency in the eventual accreditation of winning service providers bear badges of fraud which should be investigated further by the appropriate Committee,” she added.