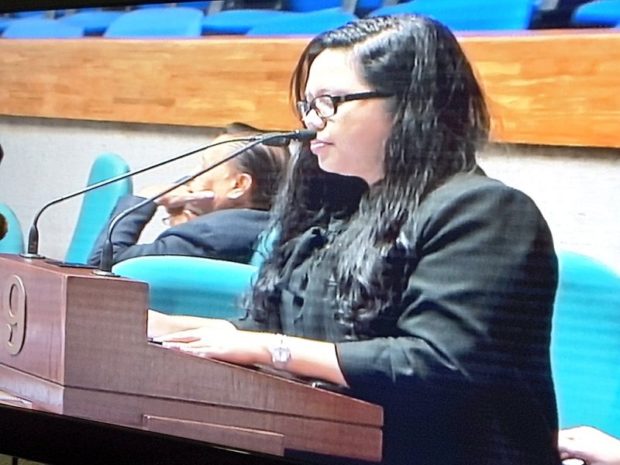 MANILA, Philippines — A party-list representative wants the proposed postponement of elections in the Bangsamoro Autonomous Region in Muslim Mindanao (BARMM) to be consulted with the Bangsamoro people through a referendum.

Kusug Tausug Rep. Shernee Abubakar-Tan said she intends to introduce an amendment to the bills filed at the House of Representatives to include her proposal.

“I intend to introduce an amendment to all the House bills filed that there should be a referendum, to submit this amendment to a referendum so we can hear the voice of the people,” she said during a recent joint meeting of the House Committees on Suffrage and Electoral Reforms, Muslim Affairs and Peace, Reconciliation and Unity.

“Anyway, we submitted the organic law to a plebiscite and now that we are making an important amendment, it is important that we consult again the people whether they want to extend the elections or not through a referendum,” she added.

In a statement on Wednesday, Tan said she intends to introduce an amendment to all five bills seeking to postpone the BARMM elections.

She said that the Bangsamoro Transition Authority’s (BTA) request for a law that will postpone the elections is only a cover for the body’s inadequate performance. She also warned that postponing the elections may be the first step for BTA members to perpetuate themselves in power.

During the committee meeting, Bangsamoro Transition Authority (BTA) Chairman Ebrahim Murad explained that the BTA is asking for the postponement of the elections because “based on our analysis, considering all the experiences and challenges we had, we see that in 2022 we will not complete the implementation of both the political aspect and the normalization aspect of the Agreement.”

Murad’s explanation, however, did not sit well with Tan.

“If we will allow the extension of BTA BARMM because BTA was not able to finish their tasks, who knows – they might just delay and delay and use their lack of performance as an excuse so as not to hold elections,” the lawmaker added.

Murad denied that the BTA wants to postpone the elections to continue to hold power.

“On our side, we are not postponing this just to be able to hold power but we are postponing this in order to complete the implementation of the Agreement. Once it is completed, then we are ready to have an election,” he explained.

The Bangsamoro Organic Law (BOL), which created the BARMM out of the former Autonomous Region in Muslim Mindanao and some cities and barangays sharing a common border with ARMM, mandated the BTA to serve as the interim government in the region during the transition period.

The law provides that the transition period shall end upon the dissolution of the BTA, which will immediately happen after the BARMM election and qualification of the Chief Minister under the First Parliament.

The BOL also mandated the holding of the first regular election for the Bangsamoro government to be synchronized with the 2022 national elections.