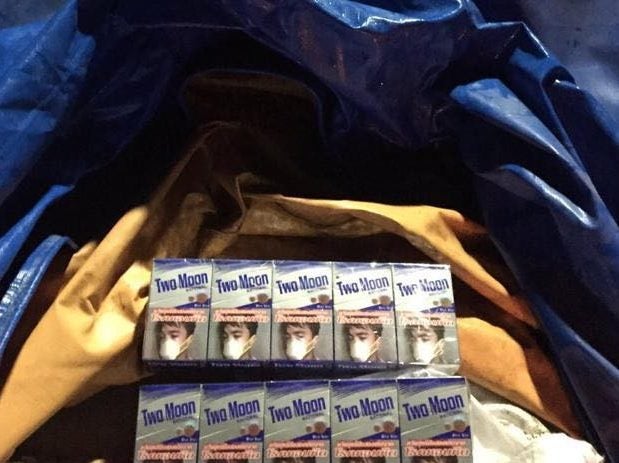 Authorities in Bataan seized these boxes of smuggled cigarettes reportedly unloaded from a vessel in Orion town. (Photo courtesy of the Bureau of Customs)

The smuggled cigarettes were bound for Novaliches in Quezon City, investigators said.

The still-undetermined quantity of cigarettes had been loaded onto two separate cargo trucks when apprehended by Limay, Orion, and Hermosa police at the Roman Highway through coordination with the First Mobile Force Company.

Major Joshua Gonzales, chief of Orion police, said the seized items were still undergoing inventory by the Bureau of Customs.