Biden says US, Canada to work toward achieving net-zero emissions by 2050 | Inquirer News

Biden says US, Canada to work toward achieving net-zero emissions by 2050 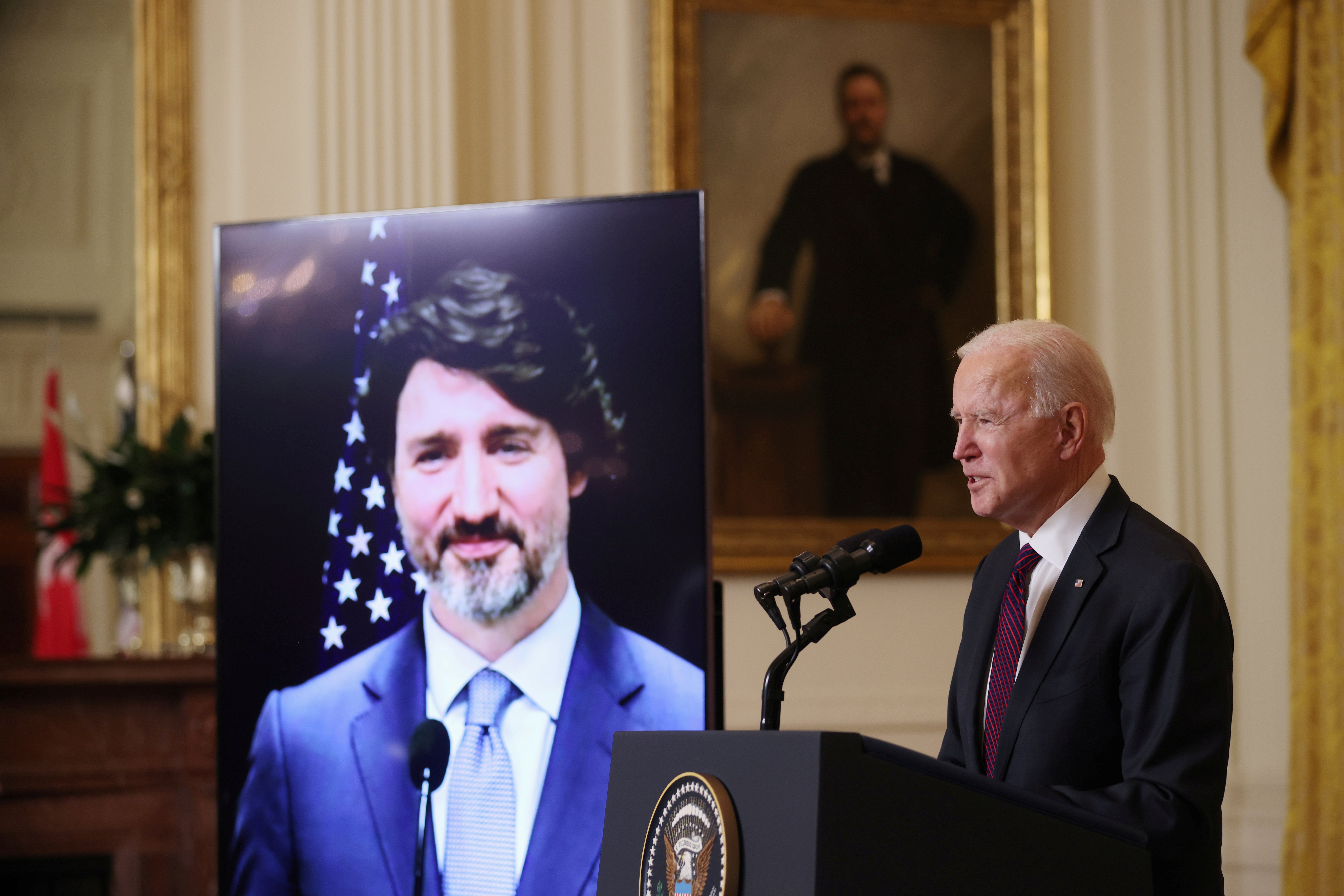 “We’re launching a high-level, climate-ambition ministerial and to align our policies and our goals to achieve net-zero emissions by 2050,” Biden said in a speech following a bilateral meeting with the Canadian leader.

The partnership comes after Biden revoked a key permit for the Keystone XL pipeline, which would have transported 830,000 barrels a day of carbon-intensive heavy crude from Canada’s Alberta to Nebraska, on his first day in office last month – one amid a flurry of executive orders aimed at curbing climate change.

A U.S. official said the North American neighbors will “cooperate on policy alignment” and aim to announce new emission reduction targets under the Paris climate agreement for the year 2030 by April 22 – the day that the United States will host a climate leaders summit.

The official told reporters that areas of policy alignment “of mutual interest” would include reducing methane in oil and gas operations, transportation and vehicles, and climate change resilience.

Trudeau told Reuters earlier this month that the United States is interested in boosting hydro imports. In a separate interview, Environment Minister Wilkinson said combining Canada’s clean energy with U.S. wind, solar and geothermal power was a priority for early talks between the two countries.