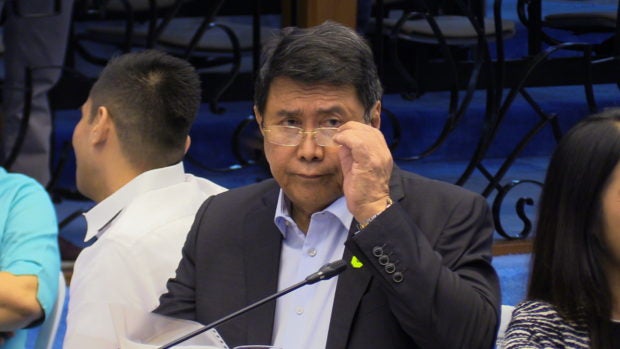 “Well, we will refer this report to our regulatory enforcement unit para po imbestigahan nila,” Domingo said in a televised briefing when sought to comment on Tulfo’s admission he received Sinopharm shots last year along with other government officials.

(Well, we will refer this report to our regulatory enforcement unit for them to investigate.)

(It’s not good to hear that there are vaccinations happening without undergoing the correct process.)

Tulfo, in his newspaper column, admitted he was vaccinated against Covid-19 in October 2020. He also said he applied to be a local distributor of Sinopharm’s vaccine.

But according to Domingo, Sinopharm has yet to apply for its vaccine’s emergency use authorization (EUA) in the Philippines.

(There is no application for emergency use authorization from Sinopharm here in FDA.)

Previously, the FDA also launched an investigation on the inoculation of Presidential Security Group (PSG) members. But until now, Domingo said PSG has yet to respond to their queries.

(Regarding PSG’s vaccination, they have yet to answer our questions. Even the DOH wrote to them but as of now, we aren’t getting any information.)