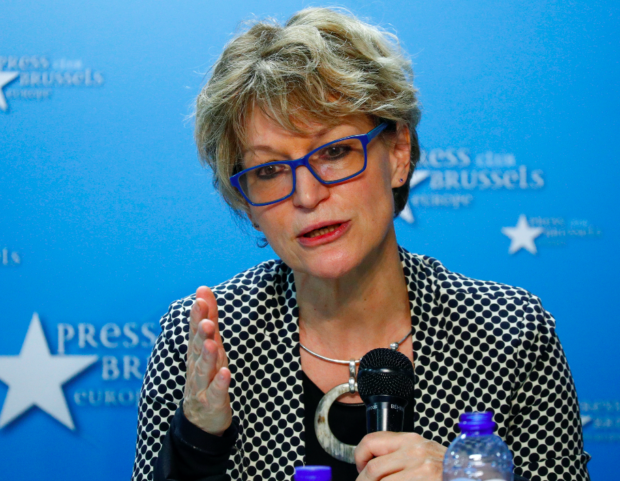 WASHINGTON — Inconsistencies in the Iran government’s explanation of the shooting down of a Ukrainian passenger plane last year raise questions over whether it was intentional, an independent U.N. investigator said on Tuesday, but she had found no concrete evidence that it was.

Iran’s Revolutionary Guards said they shot down the Ukraine International Airlines plane on Jan. 8, 2020, in error shortly after takeoff, mistaking it for a missile at a time when tensions with Washington were high over the U.S. assassination five days earlier of Guards General Qassem Soleimani.

Agnes Callamard, the U.N. special rapporteur on extrajudicial, summary or arbitrary executions, told reporters she had found no concrete evidence that the targeting of the plane was premeditated and intentional.

But she added that “inconsistencies in the official explanation and the reckless nature of the mistakes have led many, including myself, to question whether the downing of flight PS752 was intentional.”

Iran’s mission to the United Nations in New York did not immediately respond to a request for comment.

Callamard said Tehran’s explanation contained a number of contradictions, including on the timing of the window to fire and on communication. It has provided no information on why flights that took off earlier that night were not targeted, she said.

Callamard said the question of whether the plane was shot down intentionally needed to be further investigated, including by Iran.

“They have not proven beyond any reasonable doubt that the plane was not intentionally targeted,” she said.

The Iranian authorities failed to investigate the strike in line with international standards, Callamard said, citing that Iran’s government continued to deny the flight had been shot down for three days and that it appears evidence was destroyed.

Callamard said she sent the Iranian government a letter in December detailing her investigation and requesting answers about the strike, but has yet to receive a response.

The decision not to quickly publicly state that the plane was shot down in an Iranian strike constitutes “an extremely grave violation of the right to life,” she said.

Callamard also questioned why Iran had not closed its airspace for civilian traffic that night amid the concern that tensions with the United States could increase.