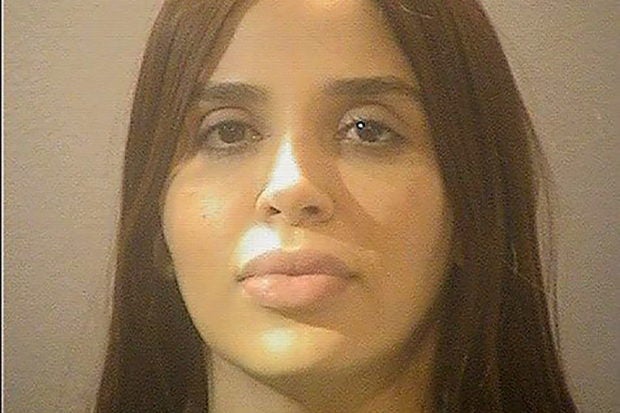 WASHINGTON — A U.S. judge on Tuesday ordered Emma Coronel Aispuro, the wife of Mexican drug kingpin Joaquin “El Chapo” Guzman, to be detained on charges she conspired with her husband to run a multibillion dollar drug enterprise while he was behind bars.

The arrest of Coronel, 31, at Dulles International Airport near Washington on Monday was the highest-profile U.S. capture of a Mexican on drug charges since former Defense Minister Salvador Cienfuegos was detained in October.

Coronel “worked closely with the command and control structure of the Mexican drug trafficking organization known as the Sinaloa cartel – most notably with her husband, Joaquin ‘El Chapo’ Guzman, the leader of the cartel,” prosecutor Anthony Nardozzi said at a federal court hearing.

“The defendant has access to criminal associates who are members of the Sinaloa cartel, as well as financial means to generate a serious risk of flight,” he added. 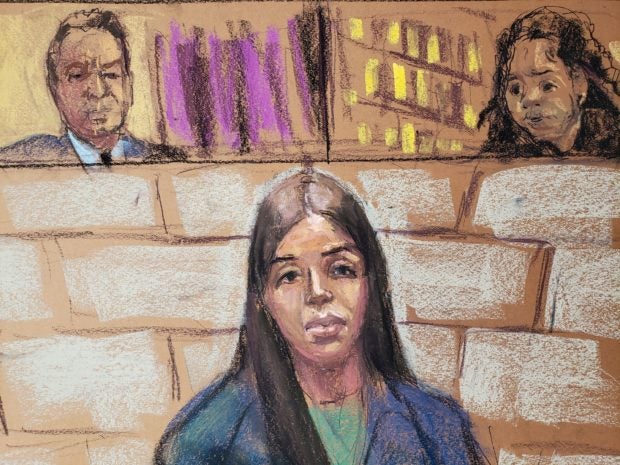 Coronel is being held at an Alexandria, Virginia, jail and her lawyers are expected to apply for bail.

She has not yet entered a plea.

Coronel, a dual U.S.-Mexico citizen, met Guzman when she was a young beauty queen, and married him in 2007 at age 18. The couple has twin daughters.

In 2019, Coronel launched a clothing brand in the United States and she also appeared in a U.S. reality show about mafia families.

Prosecutors said Coronel grew up understanding the drug business and the reach of the Sinaloa cartel.

Authorities said Coronel relayed messages to help Guzman conduct drug trafficking from 2012 to early 2014, and continued delivering messages while visiting him in a Mexican prison following his February 2014 arrest.

They also said Coronel conspired in Guzman’s famous July 2015 escape from the Altiplano prison in Mexico through a mile-long tunnel dug from his cell, and began plotting another escape following his January 2016 capture by Mexican authorities.

Guzman, 63, was convicted in February 2019 in a high-profile Brooklyn trial for trafficking tons of cocaine, heroin, marijuana and methamphetamine into the United States over two decades.

Coronel was a regular presence at her husband’s trial.

Mexico’s president said on Tuesday that Coronel’s arrest was a U.S. matter but he hoped the U.S. government would share more information.

Joint efforts to fight drug trafficking were strained after Cienfuegos’ arrest, with Mexico’s government moving to restrict U.S. agents’ activities in Mexico in retaliation for what it called a breach of trust.

The U.S. Department of Justice unexpectedly dropped the Cienfuegos case and let him return to Mexico. Mexico dropped its own case against him in January.

A Justice Department official said the case against Coronel is part of a long history of pursuing drug traffickers, and not reflective of a new push by the Biden administration.

Coronel was charged with conspiring with her husband to distribute heroin, cocaine, marijuana and methamphetamine for unlawful importation into the United States.

If convicted on all charges, Coronel faces up to life in prison and a potential $10 million fine.