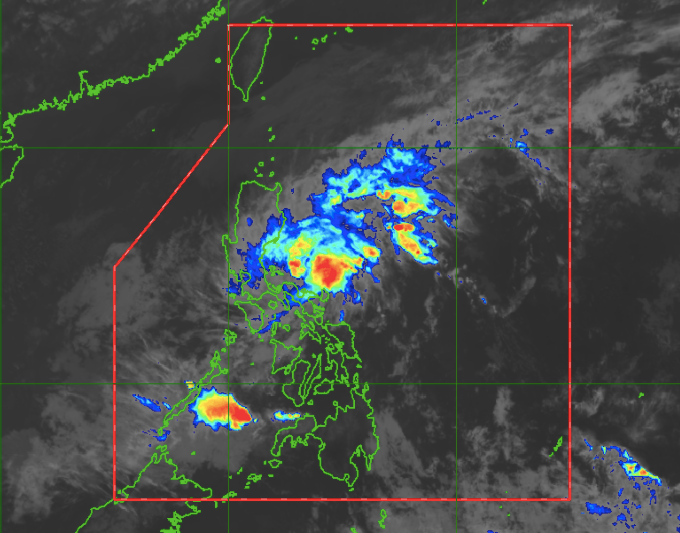 MANILA, Philippines — Much of the Visayas and Mindanao would see improving weather conditions from Monday to Tuesday as the low-pressure area (LPA), previously known as Tropical Depression Auring, will have a great effect on Luzon provinces.

Latest updates from the Philippine Atmospheric, Geophysical, and Astronomical Services Administration (Pagasa) on Monday afternoon showed that Central Luzon, Metro Manila, Southern Luzon, and Bicol Region would feel the effects of the LPA.

However, Pagasa warned that the LPA scenario should not cause complacency as the threat of landslides and flash floods due to the continuous rains and wind gusts remains.

(We want to remind people that a storm’s regression into an LPA situation does not mean it would not affect us because we have to remember that even LPAs can still cause flash floods and landslides as they bring continuous rains.)

(Like in the case of Auring, as the weakened LPA still has strong rains currently concentrated over a big part of Bicol Region that would also affect several parts of Quezon province particularly Southern Quezon in the coming hours.)

Pagasa urged residents that would be affected by the LPA to monitor developments through their social media accounts and website.

For Tuesday, Bicol Region and Southern Luzon, up to Metro Manila and Central Luzon, would still experience rains.  The eastern part of the country would also experience similar conditions, but this is largely due to the northeast monsoon or amihan.

For Ilocos Region, the weather would be warmer than the rest of the Luzon.  Similarly, Central Visayas and a huge part of Mindanao would have warmer conditions, although isolated rains may persist due to thunderstorm activity.

Pagasa’s three-day forecast showed that conditions would improve in Metro Manila starting Wednesday, with a slight uptick in the temperature from Tuesday’s 21 to 30 degrees Celsius to 22 to 31 degrees by Wednesday.

But for Bicol Region, rains may still be experienced until Wednesday due to the Amihan.  The temperature may range from 25 to 29 degrees Celsius.

Down south, Cebu would have something around 23 to 29 degrees Celsius, while Davao would be warmer at 24 to 32 degrees.

Pagasa reminded fisherfolk and people using small boats that a gale warning is still raised over the eastern seaboards of Quezon province, down to Bicol Region, and northern and eastern waters of Eastern Visayas.

Sailing over these areas is still not allowed, Pagasa added.