BI to conduct inventory of foreign nationals staying in PH 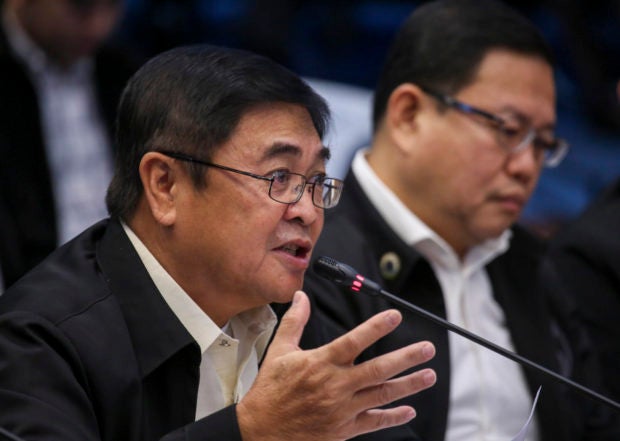 MANILA, Philippines — The Bureau of Immigration (BI) said Monday it will conduct an inventory of foreign nationals staying in the country in accordance to a resolution from the Inter-Agency Task Force for the Management of Emerging Infectious Diseases (IATF-EID).

Immigration Commissioner Jaime Morente said that following the IATF resolution, agencies that issue visas are mandated to provide the bureau a list of foreign nationals to whom they issued visas.

He explained that it is not just the BI that provides visas for foreign nationals.

“There are a lot of other government agencies that issue visas, without the need for registration with the Bureau. Hence in the past, it was difficult for the agency to come up with a full report on the number of foreign nationals in the Philippines,” he said in a statement.

According to Morente, the move would allow the BI to be the central repository of data on foreign nationals who were issued visas in the country.

“This is a major step for the Bureau, as it has always been a challenge in monitoring aliens,” he said. “While for the meantime, the data is being transmitted to us manually, we hope that in the future we will be able to automate data sharing.”

Morente noted that the IATF has also required all departing foreign nationals who were issued visas by the Department of Justice, the Board of Investments, the Philippine Retirement Authority, the Philippine Economic Zone Authority, and economic zones to present a travel pass upon departure, starting March 1.

“Foreign nationals issued visas by these agencies will need to present the travel pass to the immigration officer upon departure. Exempted are those holding an Emigration Exit Clearance (ECC) because they are leaving for good,” he added.

Earlier this month, Malacañang announced that foreigners with visas issued as of March 20, 2020, and are still valid at the time of entry have been allowed by the IATF to enter the country.

“In effect, those with valid and existing 9(g), 9(f), SVEG and SIRV under EO 63 visas shall be allowed entry, without the need to present an entry exemption document,” Morente said.

Meanwhile, the BI chief also reminded that foreigners with valid and existing visas who are now allowed to enter the country should present unexpired reentry permits upon their arrival.

He explained that the Philippine Immigration Act requires all foreigners registered with the bureau and who were issued an alien certificate of registration (ACR I-Card) to present valid reentry permits (RPs) or special return certificates (SRC) when returning to the Philippines.

“Failure to present these RP/SRCs shall constitute a ground for exclusion and the alien passenger shall be denied entry and boarded on the first available flight to his or her port of origin,” Morente warned.

Morente issued this reminder after “scores” of foreigners were denied entry at the Ninoy Aquino International Airport (Naia) in the previous days for having expired reentry permits. He said that on Thursday alone, the BI port operations division reported that eight Chinese nationals were “excluded” at the Naia 1 terminal due to expired SRCs.