CEBU CITY—Dr. Lorelie Ramos was in Metro Manila for a medical subspecialty training last year when the government ordered a lockdown of the entire Luzon and suspended public transportation to control the spread of the new coronavirus disease (COVID-19).

Ramos, a pediatrician, had to borrow a bicycle to get to work, and it was during one of her trips that a fond memory returned. “It reminded me of my childhood and how much I enjoyed riding a bicycle for hours on end,” she said.

When Ramos returned to Cebu, she invested in a good mountain bike, which she uses to go to work and for short rides on weekends.

The lockdown also prompted Chuck Orillaneda to recondition his mountain bike, which he nearly lost in a fire that razed the family home in March 2014. CHALLENGE Cyclists are drawn to Manipis Road in Talisay City because of the view as well as the challenging bike trail. —JOWENCE NIÑA MENDOZA

“Running errands was a big challenge. Even when public transport gradually resumed, I found it safer to walk than be in an enclosed space with other people. So I began to slowly restore my old bike,” said Orillaneda, who works as a brand specialist in an energy firm.

Ramos and Orillaneda are among the many Cebuanos who have rediscovered the joy of bicycling in the time of community quarantine.

Cyclists now pack favorite routes and rest stops on weekends and holidays. Races and rides are being organized weekly through Facebook groups.

By the third quarter of 2020, the city governments of Mandaue, Talisay and Cebu started delineating bike lanes on major roads or those that can accommodate at least two lanes. 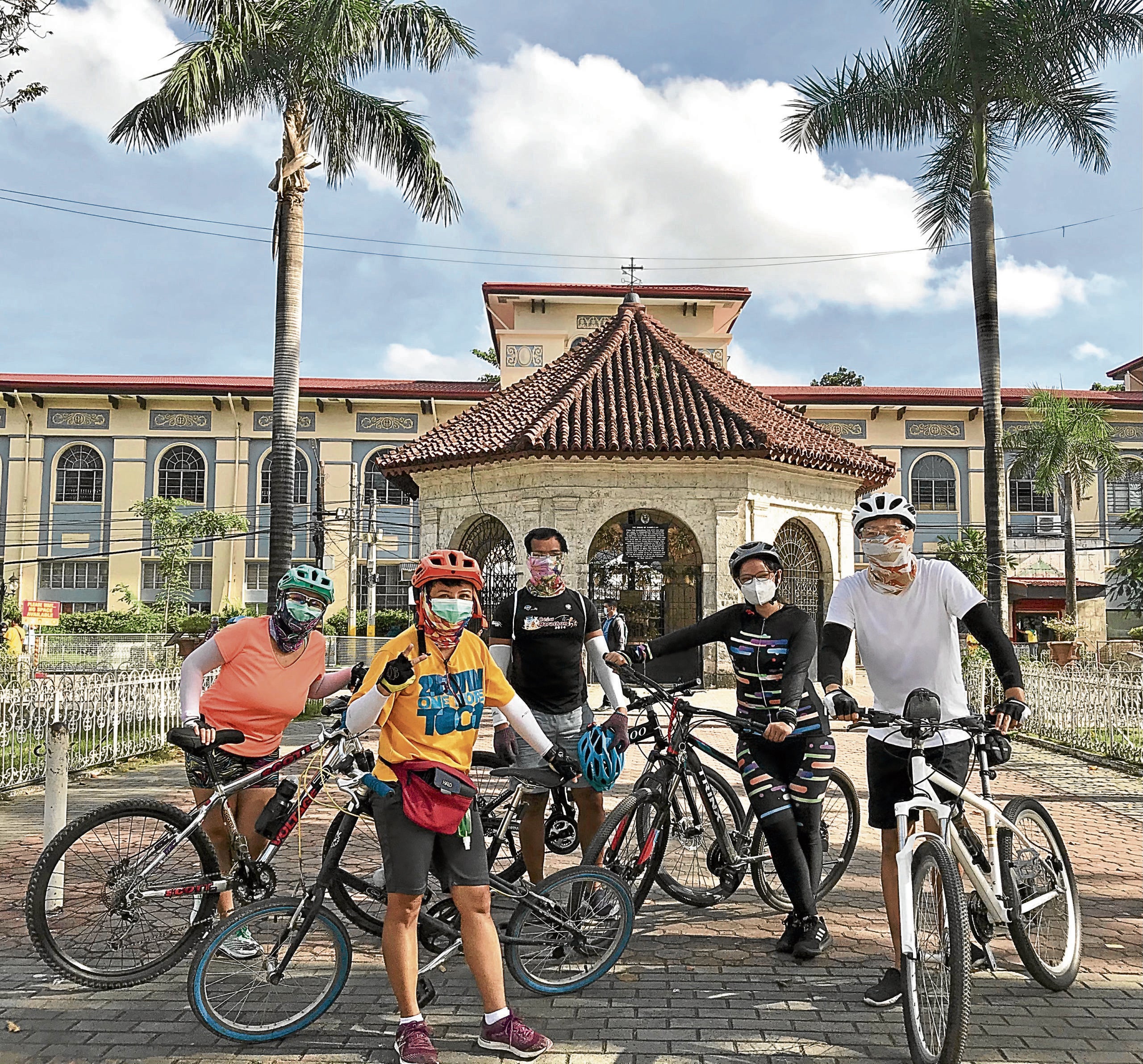 RIDING WITH FRIENDS What makes cycling more fun is when it is done with friends ready to have an adventure, like this group who documented their ride in front of the historic Magellan’s Cross shrine in downtown Cebu City. —LIBERTY PINILI

But getting motorists to respect bike lanes and bicycles is another story. Several designated bike lanes are often used as parking or waiting areas of other vehicles.

An indication of a “bike craze” in Cebu is the queue outside some bicycle stores. The increasing number of bikers has brought good business not only to shops and online sellers but also to mechanics.

Franklin Labra, a cyclist who earns as a mechanic, said that before the pandemic, he would get an average of four clients a day. By mid-2020, the number rose to 10.

“Something good came as a result of the pandemic. More people have taken to biking,” he said.

Labra, 52, who is often called “Tatay” by young clients, is one of the sought-after bike mechanics in the city. Many clients prefer to wait for him for hours than go somewhere.

He used to ride at least 50 kilometers from his village in Carcar City in the south to Cebu City to open his sidewalk repair nook at 8 a.m. every day. Now that he has to work past sundown, he decided to rent a room in Cebu City. 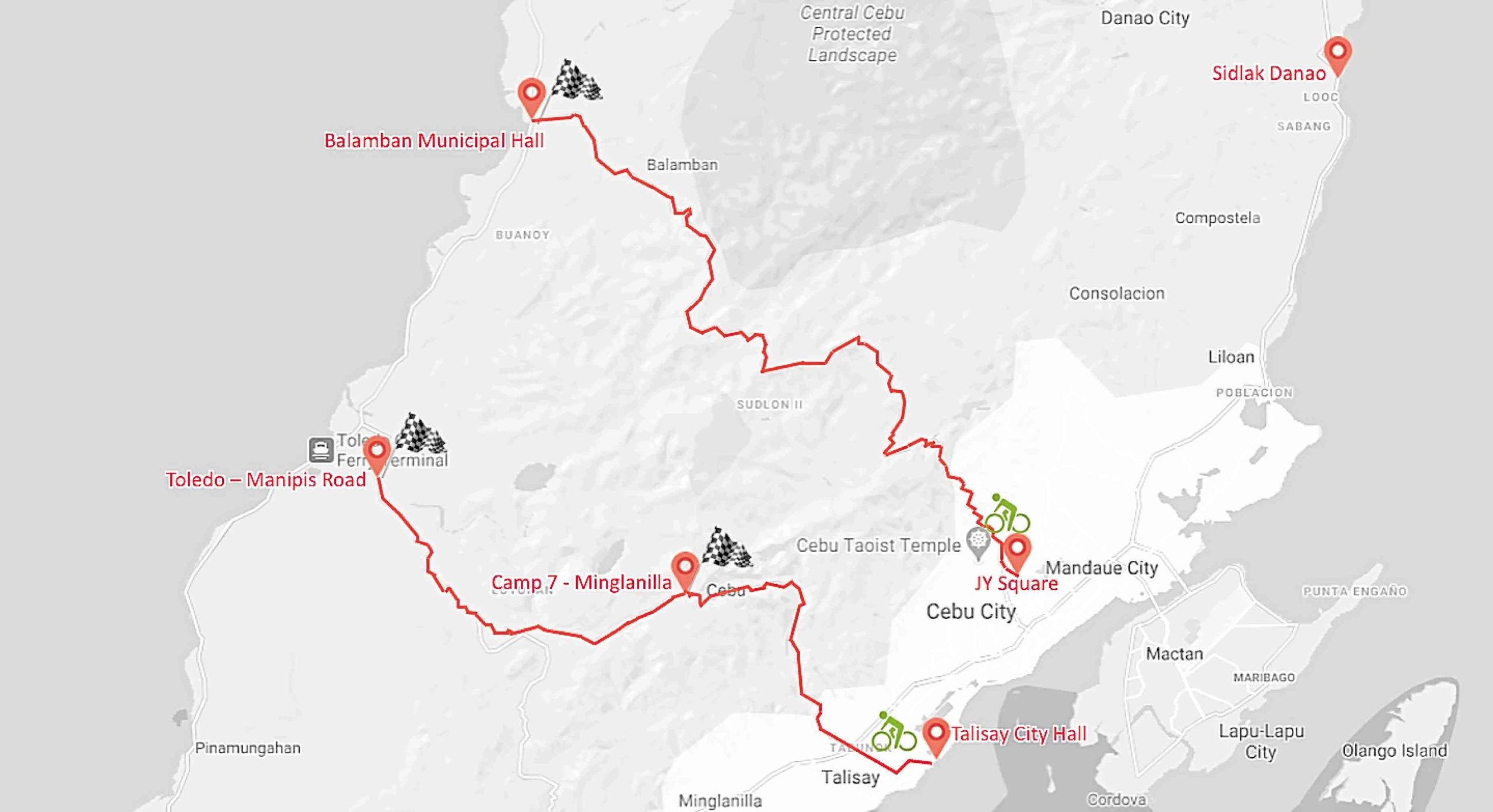 Biking is not only a means of transportation but also an alternative to get fit.

Orillaneda said he preferred riding a bike because he did not want to face the risks of going to the gym just to exercise.

Ramos, who used to run and go on long walks, said she wanted to spend more time cycling. “Cycling makes me happy. I love the feeling of the wind against my skin and blowing through my hair,” she said.

Michael Monto, who works in corporate finance, said he would likely spend more time on his bicycle than in his running shoes.

“Running and cycling require different disciplines. Running requires more physical work, but cycling takes you farther. Cycling allows me to go to places while keeping me physically, emotionally and psychologically healthy,” he said.

For some, riding is just one aspect of the fun.

“I’ve always been fascinated with how something so simple is able to run with only two wheels. I found it somewhat magical to be able to balance on the thing,” said Orillaneda, who got his first bike as a gift from his father.

With YouTube videos as his guide, he assembled his own mountain bike from the frame of his old bicycle. It took him three months to complete it because he had to wait for bike shops to reopen.

For Giovanni Cabasura, an information technology specialist, biking allows him to destress. “It also feels good to contribute to reducing pollutants in the air,” he said.

Cabasura owns four bicycles—each purchased or assembled for a specific use.

For city rides, he uses his mini velo (which has seen a revival during the pandemic) and either his hardtail mountain bike or gravel bike for trail rides. 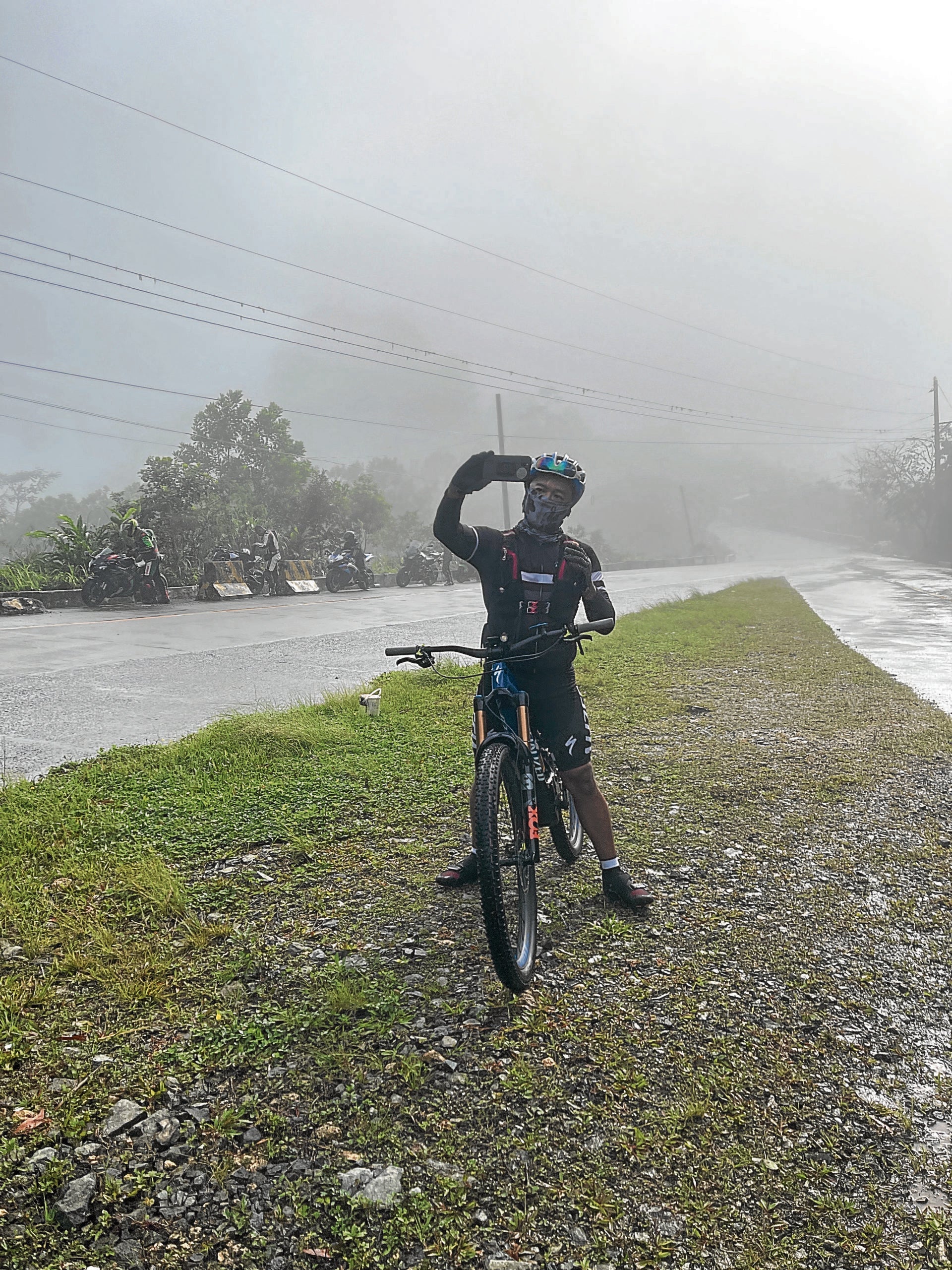 SELFIE STOP A cyclist takes a breather for a selfie at the Transcentral Highway, which connects Cebu City to Cebu province’s western towns. —CONNIE FERNANDEZ-BROJAN

For newbies and veteran cyclists, riding a bike has become a passion they cannot seem to give up no matter how many bruises and scrapes they have experienced.

Labra broke a collarbone in a bike-related accident in 1988 and his right wrist during a race in 1998, but these injuries have not stopped him from mounting the saddle every dawn to keep his stamina and form.

His advice to young cyclists: “We must always be careful. Control your speed on the downhill because there are also other people using the same road. Those riding in groups should maintain a single line.”

Read Next
Robredo open to running for president but prefers local office
EDITORS' PICK
Philippines, Brazil, Mexico to get Pfizer shots from COVAX in Q2 – Gavi
Duterte: ‘If you want me to die early, pray harder’
Pre-order the new vivo Y20s [G] to get a free TWS earphone
Smart three-peats as country’s fastest mobile network – Ookla
In good spirits: SMDC helps farmers and residents through Kadiwa Market
PH active COVID-19 infections climb back to over 157,000 with 11,378 new cases
MOST READ
Vico Sotto frets getting photos of ‘butt vaccination’ from Pasig dwellers
Metro Manila to have shortened curfew hours from 8 p.m. to 5 a.m. under MECQ
San Miguel Corp. continues to invest heavily in the Philippines’ future
COVID-hit Roque slams ‘un-Christian’ query on how fast he secured hospital bed
Don't miss out on the latest news and information.