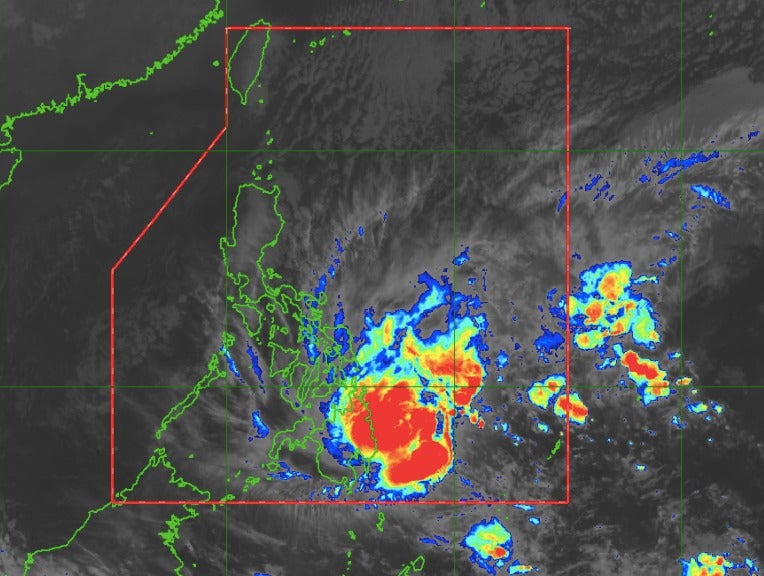 Residents of flood and landslide-prone areas in Mimaropa, Visayas and Eastern Mindanao were warned of a stormy weekend. 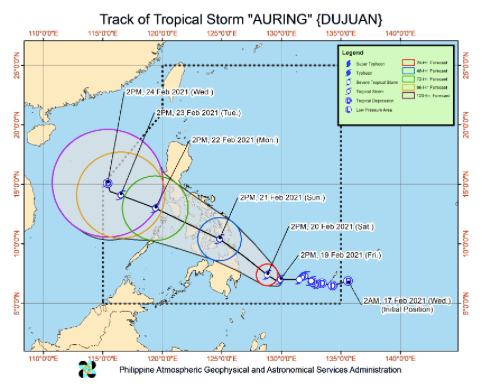 Auring is expected to hit land over the eastern coast of the Caraga region early on Sunday (Feb. 21), then take a northwestern path, passing through Caraga, Visayas and Mimaropa, a region near Metro Manila.

“With the country still in the middle of the rainy season, complicated by the La Niña phenomenon, there is a high risk of flooding and landslides occurring in various susceptible areas,” the NDRRMC said.

Local governments in hazard areas were advised to launch preparations.

READ: Auring weakens into tropical storm, but may re-intensify before landfall