SYDNEY — Wearing pink surgical gloves, animal carer Christie Jarrett gently wraps the foot of an orphaned seven-month-old kangaroo with surgical tape at a facility set up at her rural home near the Australian city of Bathurst in New South Wales (NSW).

Attacked by crows after losing his mother, the joey, an eastern grey named Andy, now stays in a cloth pouch in Jarrett’s home, where he will remain until he is strong enough to be released back into the plains.

It’s been a horror few years for Australian wildlife in the country’s east after a prolonged drought and bushfires decimated habitats. 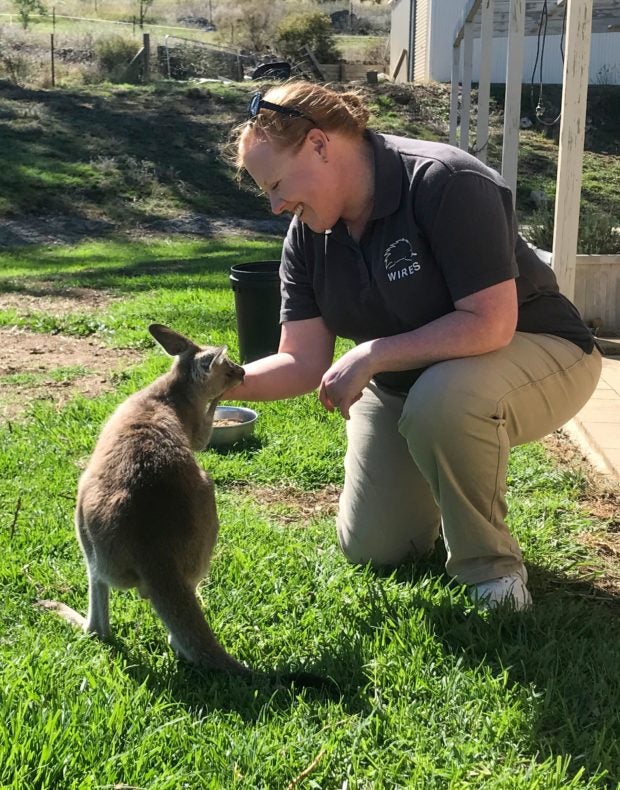 The kangaroo population in the state of NSW, which was at the heart of a drought that only subsided last year, is estimated to have fallen 25% from 14 million in 2019 to 10.5 million in 2020, according to a state survey released this week.

Many of the baby kangaroos that Jarrett looks after, however, are not orphaned because of natural disasters, but because their mothers have been struck by cars and trucks.

Jarrett, who works at a local school, said she and her partner had cared for more than 200 kangaroos, wallabies, and wallaroos, a species midway in size between kangaroos and wallabies. All have been raised, nursed, and fed before being released back into the wild.

“It was such an eye-opener to learn how very human they were,” said Jarrett. “How emotional, how interactive. They’re not pets. They are wild animals.”

Joey Andy will be in care for “probably about 12 months, 18 months until he’s ready to be released,” Jarrett said. “He’s a pouch-bound joey so he stays in his pouch all the time.”

When it’s time for the recovered kangaroos to leave, the gate is left open so that they can come and go, until they feel safe to leave for good. Some continue visiting Jarrett’s home long after release.