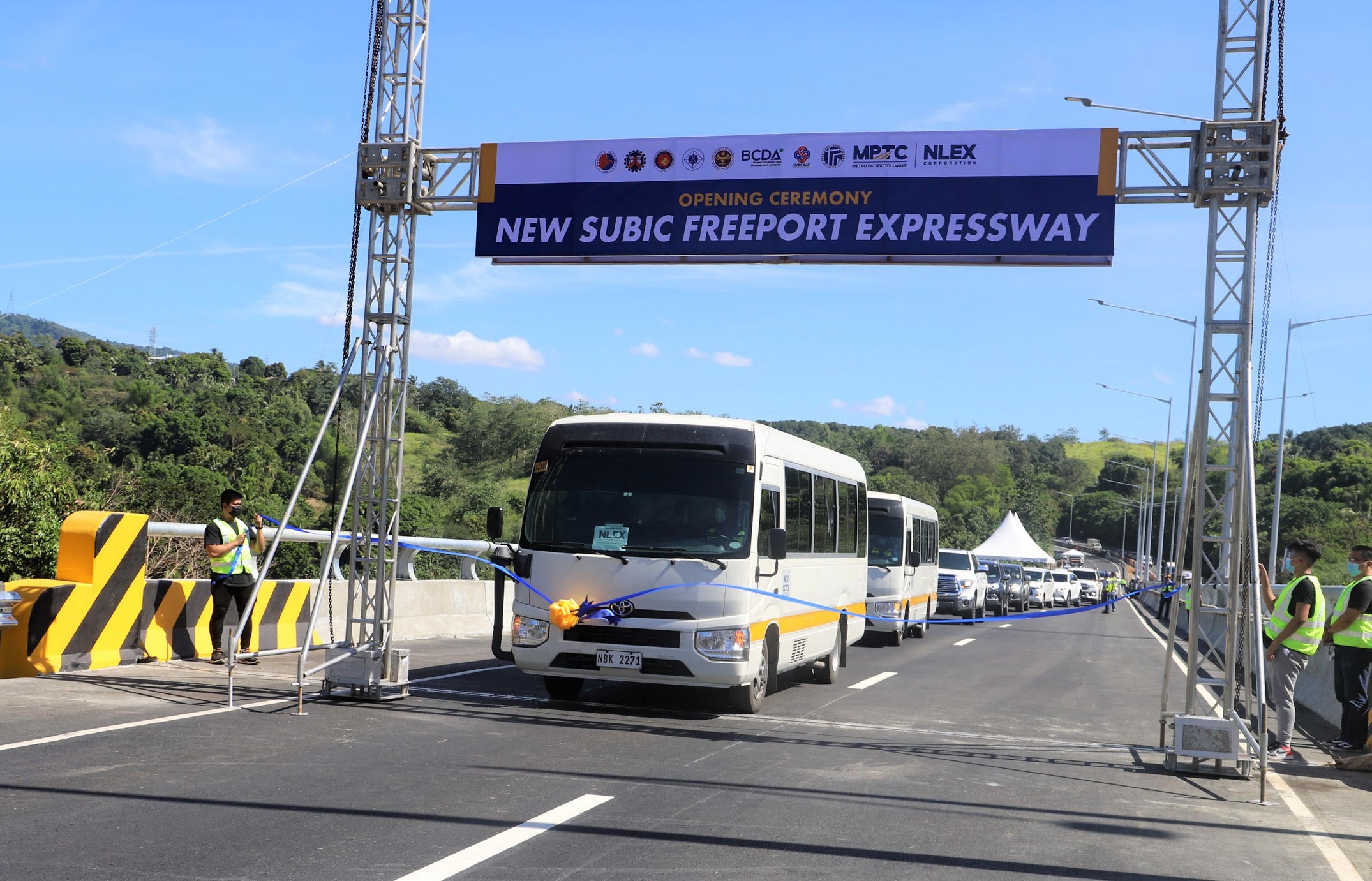 An NLEx Corp. bus breaks the ceremonial ribbon during the inauguration of the newly completed 8.2-km Subic Freeport Expressway (SFEx) on Friday (Feb. 19) PHOTO FROM SBMA

The 8.2-km expansion of the Subic Freeport Expressway (SFEx) was designed to provide “better, faster and safer access to the economic zone,” officials said.

In a statement, Wilma Eisma, administrator of the Subic Bay Metropolitan Authority (SBMA), said the road expansion would accelerate economic growth in the Subic Bay Freeport and surrounding communities.

North Luzon Expressway (NLEx) Corp. president Luigi Bautista said this will increase road capacity from one to two lanes in each direction and accelerate business activity and facilitate the flow of goods and services to Subic and back.

Roque described the SFEx expansion as one of the key projects under President Rodrigo Duterte’s Build-Build-Build program and a testament that, under the Duterte administration, the government is “working non-stop to provide essential services to the people.”

He said the SFEx expansion “significantly hastened” travel from Manila to the Subic Freeport and provided motorists an alternative and faster route in and out of the freeport.