“PDL (person deprived of liberty) Raymond Dominguez was found lifeless at 6:20 a.m. today. It appears that he died of natural causes. But we will wait for the medico-legal report. No sign of foul play is noted,” BuCor Spokesperson Gabriel Chaclag said in a text message.

Dominguez was committed to the New Bilibid Prison (NBP) in April 2012 after he was convicted by Malolos Regional Trial Court (RTC) Branch 84 judge Wilfredo Nieves for stealing a Toyota Fortuner. 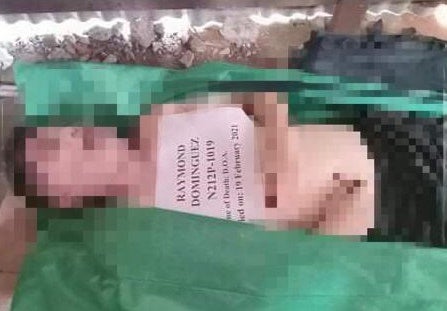 Department of Justice Secretary Menardo Guevarra said they are waiting for BuCor’s official report on the matter.

Dominguez and his brother Roger, suspected leaders of the Dominguez carjacking group, were tagged in the killings of car dealers Venson Evangelista and Emerson Lozano in January 2011. The two have denied the allegation.

Last year, reports circulated that Dominguez died of Covid-19 but BuCor has denied it.

Aside from Dominguez, a source said that another inmate, a certain “Batang” was also found dead hours after Dominguez. Batang, the source said, was a right-hand guy of Jaybee Sebastian. Sebastian died of Covid-19 last year, according to BuCor officials.