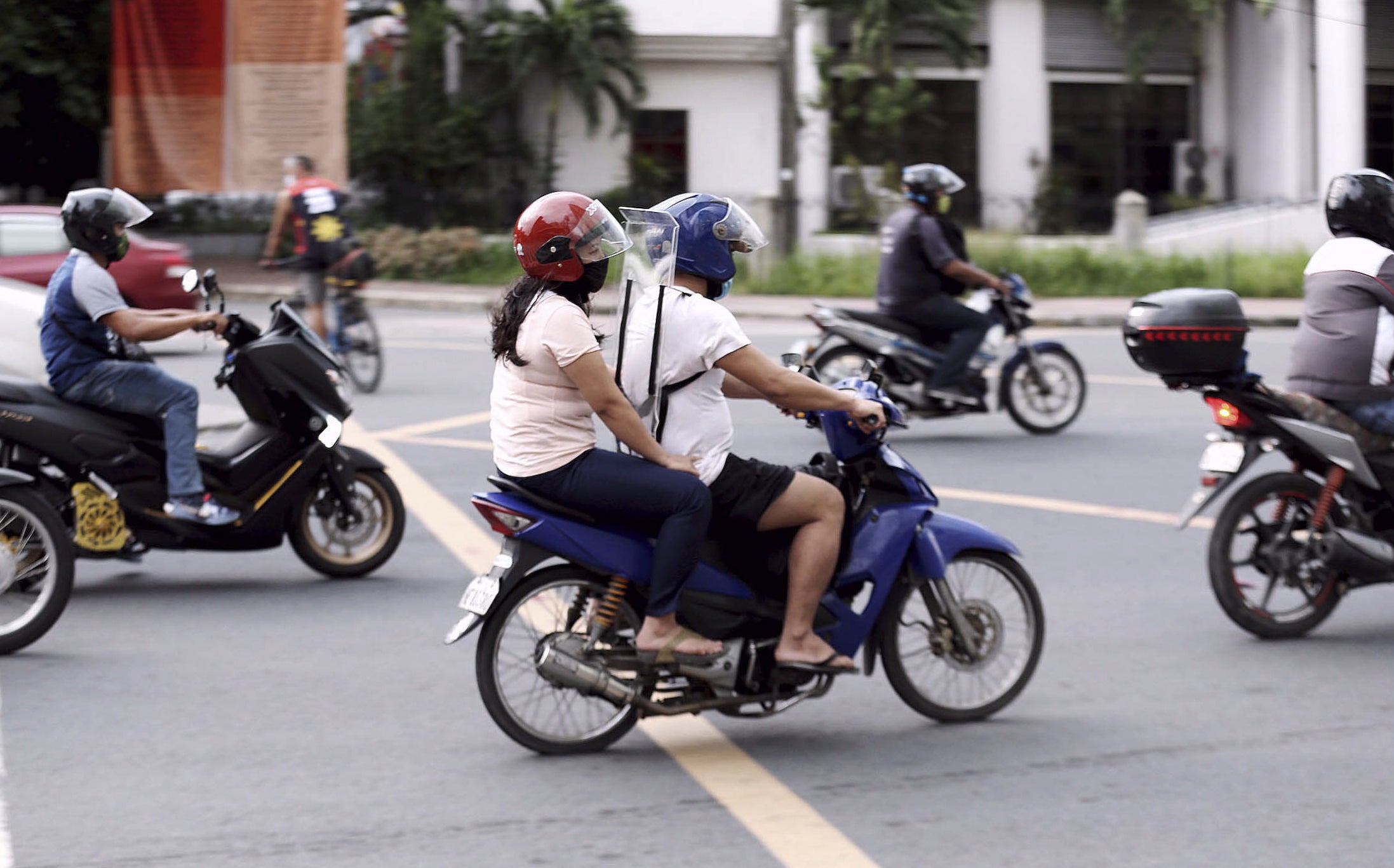 Sen. Richard Gordon decries the steep interest rates imposed on installment payment for motorcycles by ordinary Filipinos. He says some unscrupulous dealers charge up to 36 percent interest on monthly amortization and, in lieu of official receipts and certificates of registration, they make buyers sign a promissory note indicating they are paying for the motorcycles they are driving. INQUIRER PHOTO / RICHARD A. REYES

Irregularities in the sale of motorcycles in the country are contributing to the rising number of murders committed by killers on motorbikes and these are being tolerated by transportation regulators, Sen. Richard Gordon said on Thursday.

Gordon made the statement at the resumption of the inquiry of the blue ribbon committee, which he heads, into the unabated killings by motorcycle-riding assailants and the failure of government agencies to fully implement Republic Act No. 11235, or the Motorcycle Crime Prevention Act.

Citing records compiled by his staff since Jan. 1, he said at least 69 people had been attacked by these gunmen, who had killed 55 and wounded 12 of their victims. Two of the targets escaped unhurt.

The irregularities in motorcycles sales “contribute to the malady” of murders by motorcycle-riding killers, he said.

Assailants who attack their victims in public places, prefer using motorcycles over other vehicles to get close to their targets and to make a quick escape.

The senator showed videos of theses attacks, which he said had become “vicious.”

Gordon, who castigated motorcycle dealers for their alleged unfair and unjust practices, cited two alleged irregularities in the motorcycle business—the high interest rates imposed on installment payments and the nonissuance of official receipts (OR) and certificates of registration (CR) for these vehicles.

The senator said his office had received complaints that dealers charged interest rates of up to 36 percent on installment payments for motorcycles.

By the end of three years, the buyer would have paid a total amount of P160,624, or a price difference of P65,624, equivalent to an interest rate of 23 percent, Gordon said.

“Your business is lucrative, because you only issue a promissory note and it does not state any interest rate, but it is embedded in the installment payment; buyers are not aware how much interest they are supposed to pay,” he said.

Trade Secretary Ramon Lopez, who attended the hearing online, agreed that the interest rate cited by Gordon was “too steep.”

Gordon said motorcycle dealers were taking advantage of the buyers’ “ignorance, poverty, lack of education, or the anxiety to keep up with the Joneses.”

“So you take advantage of that desire. That is really unfortunate,” Gordon told the dealers who attended the hearing.

He said they could be held liable for violating Republic Act No. 7394, or the Consumer Act of the Philippines.

The law penalizes any unfair or “unconscionable sale,” which is committed whenever a seller takes advantage of the consumer’s “physical or mental infirmity, ignorance, illiteracy, lack of time or the general conditions of the environment or surroundings.”

According to the law, such criminal act involves inducing the consumer to “enter into a sales or lease transaction grossly inimical to the interests of the consumer or grossly one-sided in favor of the producer, manufacturer, distributor, supplier or seller.”

Gordon also berated dealers over reports that they refuse to cater to buyers who offer to fully pay upfront.

“You do not want them to pay in cash because it is more profitable for you if you sell it on installment basis,” he said.

Maricris Lopez, vice president for sales and marketing of motorcycle dealer Premio Corp., denied that her company was among those that refused to sell to buyers who wanted to pay the full amount in cash.

“In fact, I can present to you [social media] pages which show [that] in any of the complaints cited there, our company was not mentioned at all,” she said.

Gordon said that in addition to high interest rates, motorcycle buyers were not given their copies of the OR-CR from the Land Transportation Office (LTO). Instead, they only receive a sales invoice and are made to sign a promissory note indicating that they were making monthly payments, he said.

“I can understand the logic why you do not issue the [OR-CR], but we also know the practice [of] how [repossessed] motorcycles are sold many times over, until it falls into the hands of a criminal who will use it for murdering our people without needing to secure a license plate,” he said.

He said it took “several years” before an OR and CR were finally given to the motorcycle buyer.

Vehicle dealers typically blame the delays on the LTO and the manufacturers.

Lopez of Premio Corp. pointed to alleged harassment against them by officials of the LTO in its field offices who allegedly “hostaged” registration documents.

The problem regarding the nonissuance of OR-CR has become prevalent, Gordon said, citing Department of Trade and Industry records of around 4,000 complaints from motorcycle owners who have not been issued their proof of ownership.

He lamented how installment buyers were often cited for violations by traffic enforcers or police officers at checkpoints because they could not show copies of their OR-CR.

He also accused the association of motorcycle dealers, the Manufacturers, Assemblers, Importers, Rebuilders, Dealers and Other Entities (Mairdoe), of setting up a monopoly.

He said buyers could not get their registration documents without a clearance from the group.

“One cannot buy a motorcycle without going through [Mairdoe]. That is combination in restraint of trade,” he said.

He was referring to a practice prohibited by Republic Act No. 1956, which penalizes any artificial means of preventing free competition in the market.

Responding to the allegations, Marvin Ken Du, board chair of Des Marketing, said dealers had different modes of business operations.

He said they could not afford to charge usurious interest rates as the motorcycle industry was “extremely competitive.”

“We believe our rates are competitive, and we cannot charge exorbitant rates because we will be beaten by our competitors,” Du said.