Fire hits yacht that belonged to French tycoon off Malaysia 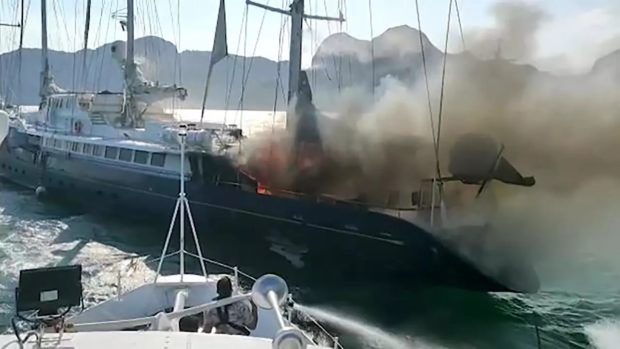 Kuala Lumpur, Malaysia — A multi-million-dollar sailing yacht that once belonged to French tycoon Bernard Tapie went up in flames off Malaysia Thursday, with firefighters battling for hours to put out the blaze.

Seven crew members were rescued from the vessel without suffering injuries, said coastguard official Mohamad Zawawi Abdullah, but firefighters were still battling to extinguish the blaze in the evening.

The four-masted yacht was built for renowned French sailor Alain Colas in 1976 and was owned by Tapie in the 1980s and 90s.

It was later sold to a wealthy Lebanese woman for 36.5 million francs (7.5 million euros at current values), according to media reports.

Tapie is a former Socialist minister who rose from humble beginnings to build up a sporting and media empire but later faced a string of legal problems.

He had made a fortune in the early part of his career by taking over failing companies and flaunted his wealth. As well as the yacht, he bought a football team.