“Around 400 to 500 baby turtles will be released (in batches) in the coming days once the eggs are hatched,” said Sherwin Rosales, fishery technician at the municipal government’s agriculture office.

The baby turtles were released on the seashore of Paraiso Beach Resort in Barangay Guisguis around 7 a.m. 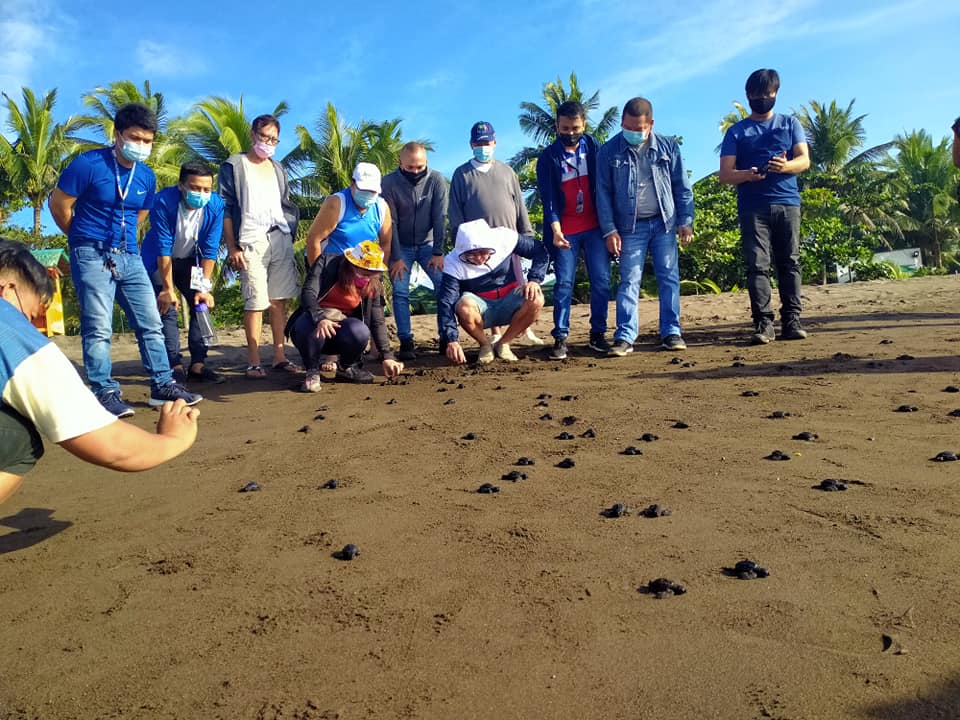 Local government and fishery officials lead the release of 76 Olive Ridley sea turtle hatchlings on the shores of Tayabas Bay in Sariaya town in Quezon province on Thursday, Feb. 18. PHOTO FROM SHERWIN ROSALES

In 2012, Panganiban initiated a campaign to protect sea turtles waiting for their eggs to hatch along the coast. He received technical help from the local government.

Last year, more than 1,000 baby sea turtles were also freed in Tayabas Bay, while another 70 hatchlings were released in the same area in January.

The hatchlings of different sea turtle species were cared for by fishermen, fish wardens, and the local government in four nesting sites in the villages of Castañas, San Roque, Guisguis, and Bignay 2.

The Sariaya coastline, host to many beach resorts and other tourist-oriented businesses, serves as a sanctuary to turtles that usually come to lay and hatch their eggs from October to December.

The presence of the pawikan indicates a balanced marine ecosystem. To fishermen, it also meant a school of fish in the vicinity, officials said.

The pawikan is listed as an endangered species by the International Union for the Conservation of Nature and Natural Resources and in the Endangered Species Act of 1973.