Year of Covid plunges Vatican deeper into the red 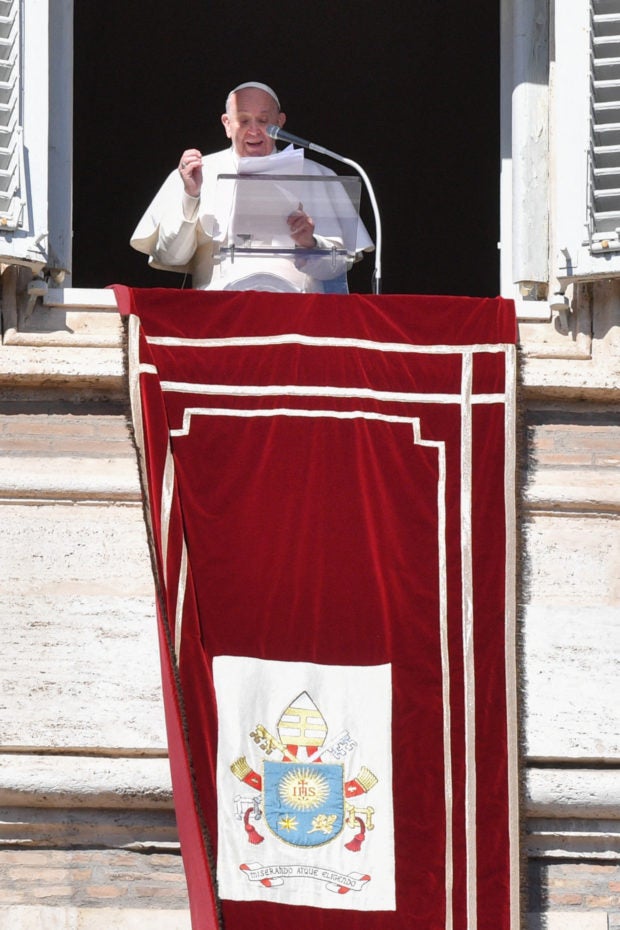 Pope Francis speaks from the window of the apostolic palace overlooking St. Peter’s Square during the weekly Angelus prayer on February 14, 2021 in The Vatican. (Photo by Tiziana FABI / AFP)

VATICAN CITY, Holy See  – With donations down 25 percent, revenues from the Vatican Museums slashed 85 percent and millions of euros spent to support struggling tenants, the coronavirus pandemic has left a big hole in Pope Francis’ finances.

“It’s a difficult period for the Vatican, as elsewhere in the world,” a senior official with knowledge of the Vatican’s 2020 accounts told AFP, while adding that “the financial situation is not alarming”.

Just one branch of the Vatican’s organisation, the Roman Curia, had a financial shortfall “of the order of 90 million euros” ($108 million) in 2020, compared with a deficit of 11 million in 2019, he said.

Factoring separately into the calculations are the governorate of the Vatican City State (which manages the museums), the Vatican Bank, Peter’s Pence (direct donations from the faithful to the pope), a pension fund and foundations.

The 2021 budget was discussed Tuesday at a virtual meeting of the Vatican’s council for the economy, which includes members from around the world.

The Roman Curia has taken a financial hit from the coronavirus pandemic both at home — Italy has been one of the worst-affected countries — and in terms of contributions from the worldwide Catholic church. 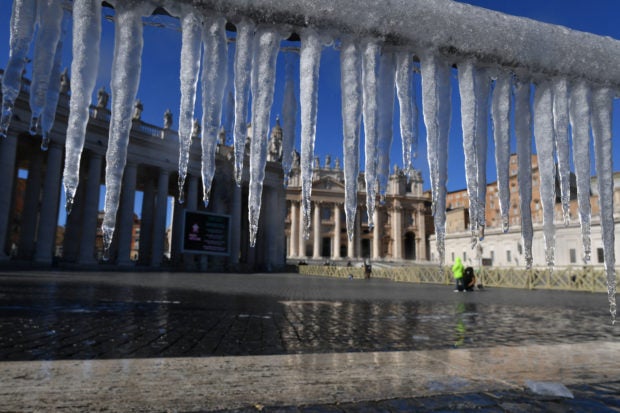 A view shows stalactites after an overnight frost within the Pope’s weekly Angelus prayer at St. Peter’s Square on February 14, 2021 in The Vatican. (Photo by Tiziana FABI / AFP)

Peter’s Pence, donations from the global faithful for the pope, is expected to fall by around 25 percent on the 53 million euros collected in 2019.

Other major donations from dioceses or institutions are estimated to have fallen by a similar degree.

Meanwhile the long-awaited February 1 reopening of the Vatican Museums, which drew seven million tourists in 2019 to jewels such as the Sistine Chapel, was some much-needed good news.

The Governorate of the Vatican City State, which manages the museums, has as a result halved the 30 million euros it normally gives the Roman Curia for its operations.

The Vatican has been able to draw on its financial reserves, which are sufficiently well stocked to allow it to hold on for a “few years” without having to sell off real estate, the source added.

At the same time, with the pandemic, the pope’s services have spent more on humanitarian interventions and aid to the churches in the Middle East, for example.

The Vatican, a major property owner, has also supported companies in difficulty by reducing or deferring commercial rents, costing over five million euros.

“We will not rule out similar measures in the near future,” Nunzio Galantino, head of the Administration of the Patrimony of the Apostolic See (APSA), told AFP.

No debt, no taxes

The Roman Curia saved 10 percent last year on cancelled conferences and trips, including those by the pope, the Vatican source told AFP.

But the costs of its global presence remain high: the Vatican maintains 125 permanent diplomatic posts, a communications network in 40 different languages and a property portfolio that includes world-famous sites such as St Peter’s Basilica.

And there is not much room for financial manouevre.

The Vatican “cannot go into debt or raise taxes like a state”, the head of the Vatican’s economy department, Juan Antonio Guerrero Alves, said in October last year.

The Vatican’s investment strategy has come under intense scrutiny in recent years, with questions notably around the purchase of a luxury property in London.

But to those who criticised the management of the church, Alves countered that “the Holy See does not work like a company”, because “it does not seek profits”.