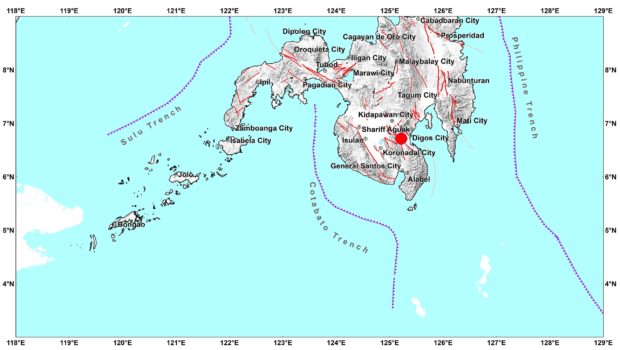 The latest bulletin from Phivolcs showed the temblor caused an Intensity III movement in Koronadal City as well as in Tampakan, both in South Cotabato province, and Intensity II vibration as far as General Santos City.

Phivolcs said the epicenter of the tectonic earthquake was eight kilometers southeast of Magsaysay and that it was located at a shallow depth of just five kilometers below the ground.

It also said that Intensity III was likewise felt in Alabel, and Intensity I in Kiamba, both in Sarangani province.

Neither aftershocks and damage could be expected from the earthquake for now, according to Phivolcs.