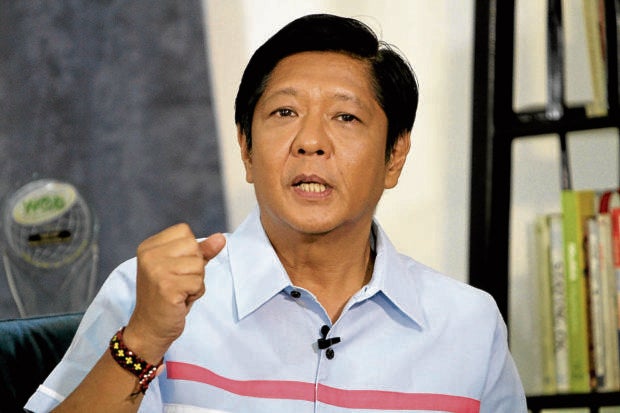 All the magistrates, convened as the Presidential Electoral Tribunal (PET), agreed to jettison the former senator’s electoral protest and, after nearly five years, legally sealed the electoral defeat of the son of dictator Ferdinand Marcos.

“Out of the 15 members of the tribunal who were present in today’s meeting, I was informed that seven members fully concurred in the dismissal [of the poll protest] while eight concurred with the result,” Brian Keith Hosaka, the high court’s spokesperson, said in an online press briefing.

“With regard to (the case) … the 15 members of the Presidential Electoral Tribunal unanimously dismissed the entire electoral protest,” the high court’s Public Information Office said in a brief statement.

Quoting from the ruling, it added that the PET dismissed the election protest “for lack of merit” and “likewise dismissed” Robredo’s counterprotest.

A lawyer for Marcos withheld comment until getting a copy of the PET decision.

But Robredo was triumphant, saying: “Today, truth prevailed! We upheld the true mandate of the 2016 elections.”

Speaking at a press briefing along with her legal team led by election lawyer Romulo Macalintal, she thanked the justices for their “fairness and resolved” and said she was “happy and grateful that this trust is affirmed.”

“Now that this issue has been settled, I am asking everyone, especially our supporters, to put this rancor behind us and let us move forward together,” Robredo said. “We are going through so much … let us set aside our resentments, our misunderstanding, our bickering because so many of our people depend upon us.”

Hosaka could not immediately provide other details of the PET’s landmark decision, which was primarily anchored on Marcos’ claim of supposed massive cheating during the 2016 national elections that allegedly benefited Robredo.

It was the first ruling on an electoral protest that was based on the merits of a case brought before the tribunal, which is tasked with resolving legal disputes in the presidential and vice presidential races.

All four previous cases in the PET, including one filed by actor Fernando Poe Jr. against former President Gloria Macapagal Arroyo in 2004, had been dismissed after the complainants had died or ran again for public office, which automatically moots an electoral protest.

A court insider, who spoke with the Inquirer on condition of anonymity, said the magistrates were “in unison” that Marcos’ complaint should be scrapped since there was no “substantial recovery” in the manual recount of votes done in selected precincts that he himself had identified.

The source said the PET decision was authored by Associate Justice Marvic Leonen, the justice-in-charge of the poll protest.

“The PET deemed it appropriate to throw out Marcos’ electoral protest since there was no sufficient evidence supporting his allegation that the Vice President had cheated him. That’s the gist of the unanimous ruling,” the source said. 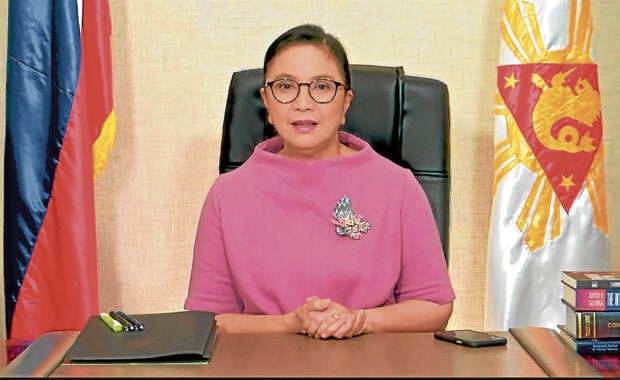 Court records show that the former senator had failed to prove his claim of electoral fraud during the manual revision and recount of ballots from certain polling precincts in the provinces of Iloilo, Camarines Sur and Negros Oriental. Robredo instead got an additional 15,000 votes, expanding her margin over Marcos by almost 280,000 votes. Marcos also was unable to convince the PET to void the certificate of canvass that Congress used in proclaiming Robredo’s win, the same document used in declaring President Duterte’s victory in 2016.

In November last year, the PET thumbed down separate moves by Marcos and Solicitor General Jose Calida, a known supporter of the Marcoses, to inhibit Leonen for allegedly intentionally delaying the resolution of the election protest and for showing alleged bias against the former senator and his family.

In another move, Calida, whose mandate is to defend the government in legal controversies, also attempted to obtain copies of Leonen’s statements of assets, liabilities and net worth (SALN) when the justice was a law professor at the University of the Philippines.

The Supreme Court refused to give him Leonen’s SALN, blocking his plan to oust the justice from the tribunal itself through a quo warranto case, the same legal maneuver that led to the ouster of Chief Justice Maria Lourdes Sereno in 2018.

He said he believed Mr. Duterte’s preference for Marcos remained. In 2018, Mr. Duterte said he was willing to step down as President if either Marcos or Francis Escudero were the Vice President. He said he did not want to turn over the presidency to Robredo because he believed she could not handle the job. The President had virtually shut out Robredo from his administration, removing her after a few months as housing secretary and later as head of an antidrug body after only three weeks.

Chief presidential legal counsel Salvador Panelo urged Marcos’ supporters to accept the PET’s decision, saying “rule of law has prevailed.” “Due process was evidently observed with both parties having been given the opportunity to present their respective cases,” Panelo said. “We have to abide by the precepts of democracy. We cannot be blinded by our personal biases for a particular candidate, That is how democracy works. The minority must submit and concede to the majority,” he added.

“Let us begin the healing process now and focus on what is before us—COVID-19 pandemic,” said Drilon, who belongs to the opposition Liberal Party (LP) chaired by Robredo. LP president Sen. Francis Pangilinan lamented that it took so long for the PET to reach its decision. “We welcome the ruling although how we wish this had been resolved much sooner because it affirms what we have been saying from Day 1 which is that the allegations of cheating in the protest was baseless and unfounded,” he said on Twitter.

The Makati Business Club applauded the Supreme Court for its decision and for reaching it “with rare unanimity.” “The decision removes a major source of unnecessary and damaging political uncertainty, confirms our electoral process, and strengthens the unity we need to win the war against COVID-19 and accelerate the jobs and economic recovery needed by our people,” the group said.

Albay Rep. Edcel Lagman said the unanimous decision sustained the people’s “electoral will” and that the dismissal of the former senator’s election protest “confirms the popular denial of mandate to a principal beneficiary of the brutal and corrupt Marcos martial law regime.”

Other lawmakers in the House of Representatives also welcomed the dismissal of the poll protest against the Vice President.

“The unanimity of the decision speaks volumes and should put to rest any doubts as regards her victory in the May 2016 elections,” said House constitutional amendments panel chair and Ako Bicol Rep. Alfredo Garbin Jr. Bayan Muna Rep. Carlos Isagani Zarate said the PET ruling was a “long awaited, much welcome decision.”

The decision also was “a big legal slap” on Calida, who intervened in a clearly private case, he said. “This development is significant especially now that the Filipino people are pushing back yet again against tyranny,” Zarate said. ACT Teachers Rep. France Castro agreed, saying the ruling was embarrassing to Calida.