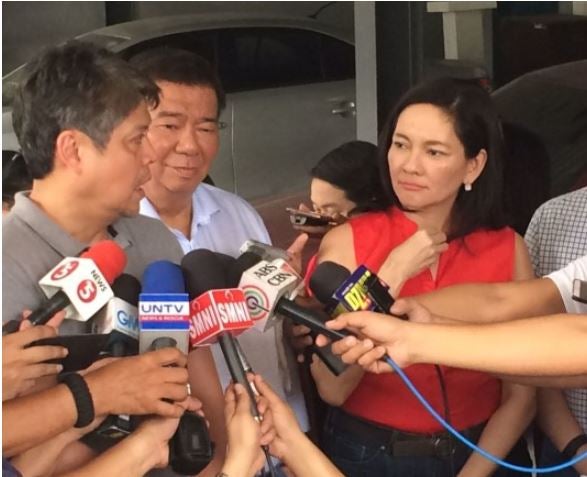 “The PET [Presidential Electoral Tribunal] decision should put the issue to rest. I enjoin all parties involved to respect the decision,” Drilon said in a statement.

“Let us begin the healing process now and focus on what is before us – Covid-19 pandemic,” he added.

In a unanimous vote, the Supreme Court, sitting as the Presidential Electoral Tribunal, dismissed Marcos’ election protest against the vice president.

“I welcome the decision of the Supreme Court sitting as the Presidential Electoral Tribunal. I, together with the more than 14 million Filipinos who voted for Vice President Leni Robredo in 2016, are pleased with the favorable decision of the PET,” Drilon also said.

“We welcome the ruling although how we wish this had been resolved much sooner because it affirms what we have been saying from Day 1, which is that the allegations of cheating in the process was baseless,” Pangilinan said.

Meanwhile, Senator Leila de Lima, another member of the minority bloc, said the “evidence presented and the arguments by the parties led to the inevitable conclusion that VP Leni was duly elected by the people.”

The evidence presented and the arguments by the parties led to the inevitable conclusion that VP Leni (@VPPilipinas) was duly elected by the people.

“Not only does VP Leni have a clear mandate, her magnificent performance in office has shown that she’s way more qualified than anyone [President Rodrigo] Duterte can pick to replace him,” she added.