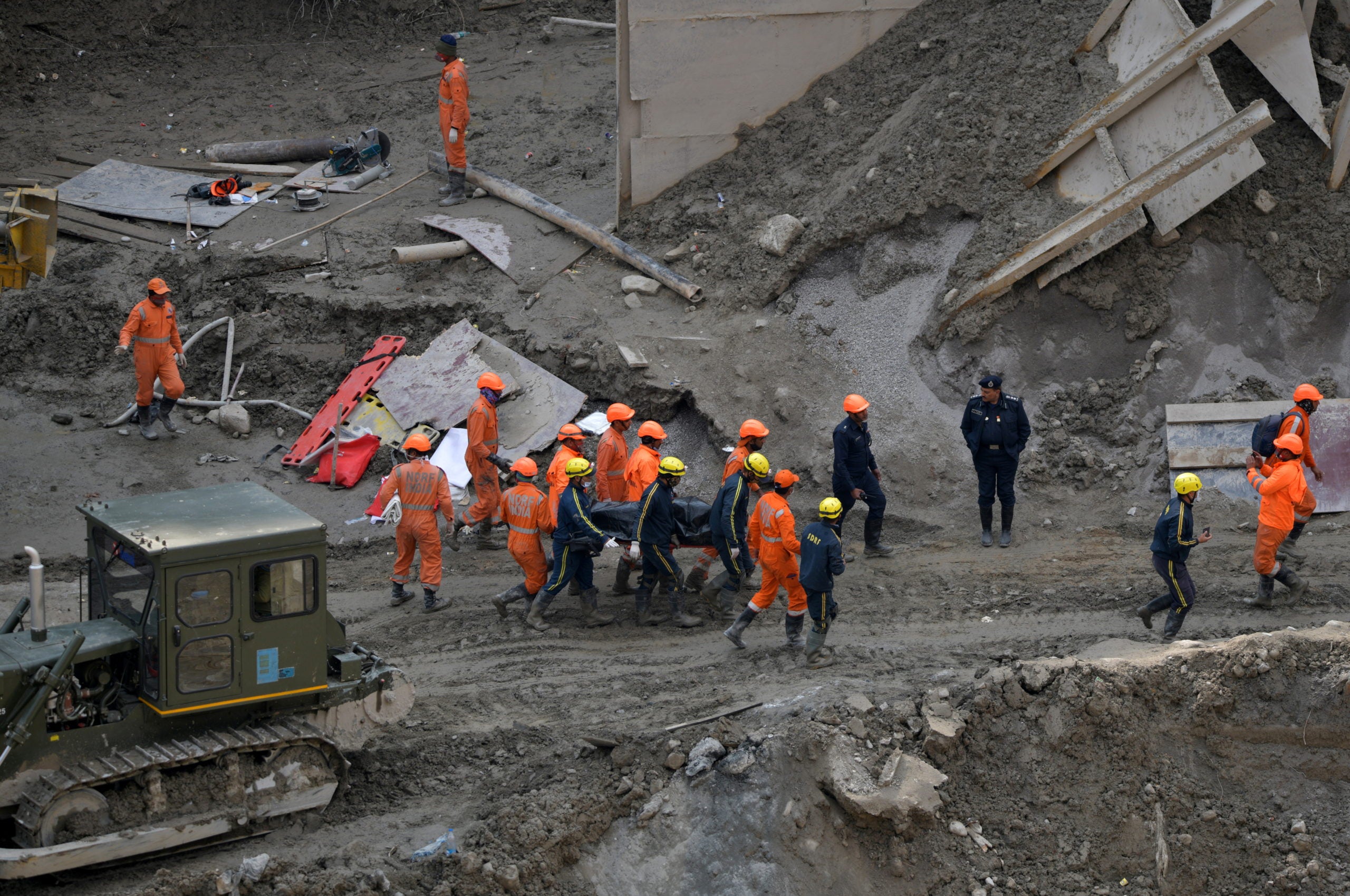 Members of the National Disaster Response Force (NDRF) and State Disaster Response Fund (SDRF) carry the body of a victim after recovering it from the debris inside a tunnel during a rescue operation after a flash flood swept a mountain valley destroying dams and bridges, in Tapovan in the northern state of Uttarakhand, India, February 14, 2021. REUTERS/Stringer

LUCKNOW, India  — Rescuers pulled out nine more bodies from the site of a flash flood in a Himalayan region of northern India on Sunday, a week after the disaster struck, bringing the death toll to 50 with more than 150 people still missing, officials said.

The flash flood in Uttarakhand state, triggered by what scientists said could have been a large avalanche of glacier ice, sent water, rocks, and debris surging down the Dhauliganga river valley, destroying dams and bridges.

Rescuers are using heavy digging machinery in race to free dozens of dam construction workers trapped in an underground tunnel connected to a hydroelectric project being built by the government-owned National Thermal Power Corporation.

“We have not lost all hope yet. We hope to find more survivors,” the top government official in the region, Swati Bhadoriya told Reuters.

Experts have cautioned there could still be huge amounts of rock, debris, ice, and water that could be dislodged, making rescue efforts risky.

Uttarakhand is prone to flash floods and landslides. The disaster has prompted calls by environmental groups for a review of power projects in the ecologically sensitive mountains.

A team of scientists is investigating if a piece of a Himalayan glacier did fall into the water and trigger the flood.

There are about 10,000 glaciers in the Indian Himalayas. Uttarakhand itself has up to 1,495 glaciers and many are receding due to the warming climate.