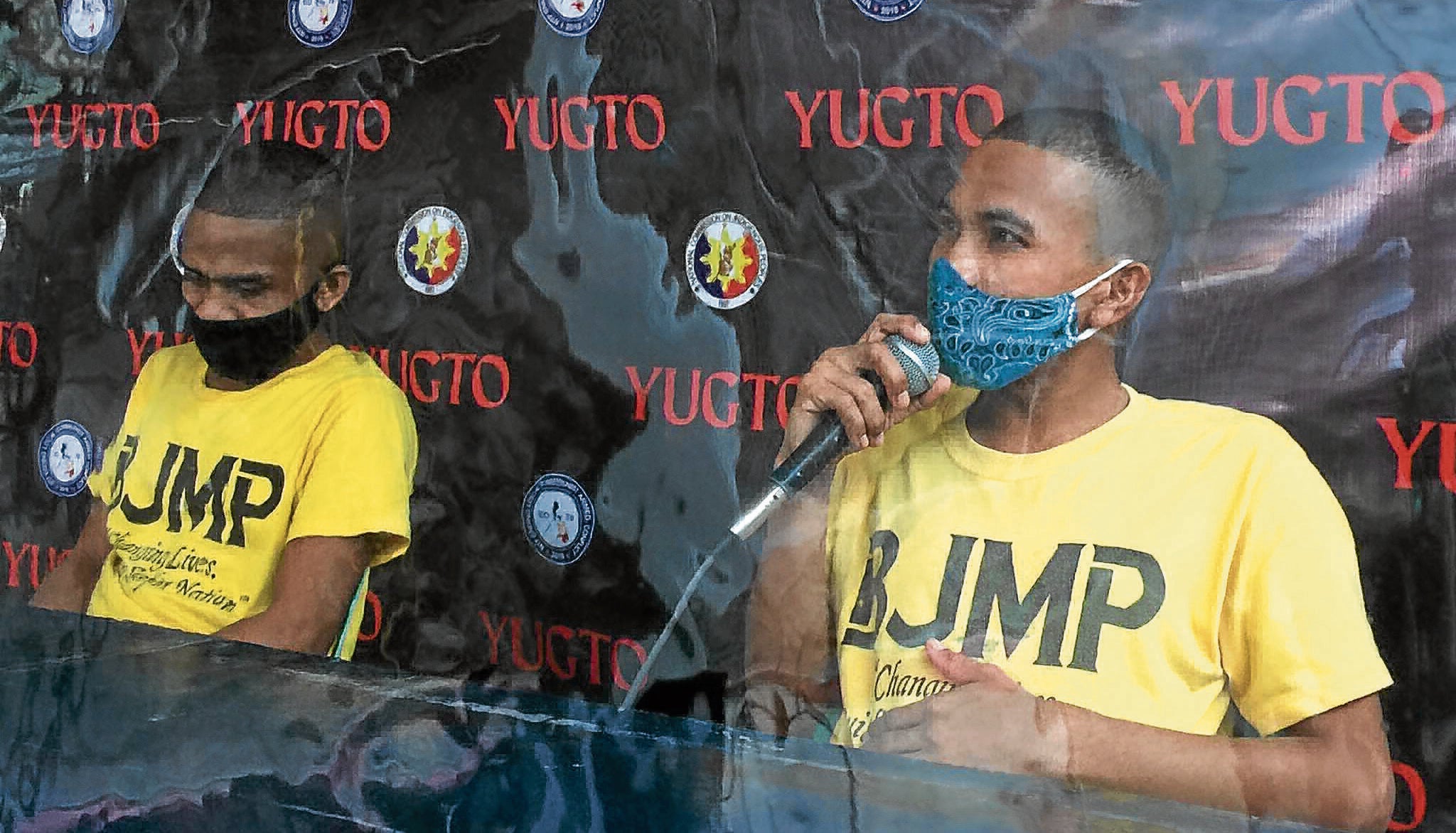 CHANGING LAWYERS Japer Gurung (right) and Junior Ramos speak during a press briefing organized by the National Task Force to End Local Communist Armed Conflict on Wednesday, announcing that they are replacing the National Union of Peoples’ Lawyers with counsels from the Public Attorneys Office. —JOANNA ROSE AGLIBOT

Despite the junking of their petition to join the opposition to the antiterror law and the replacement of their original lawyers with government counsels, the two Aeta men who were arrested after a clash between communist rebels and Army troops have not retracted their allegations of torture against the soldiers.

The National Union of Peoples’ Lawyers (NUPL), which represented Japer Gurung, 30, and Junior Ramos, 19, in the terrorism case against them and in their petition to the Supreme Court to join the 37 groups challenging the Anti-Terrorism Act (ATA), on Thursday formally withdrew from the case after the two men opted for lawyers from the Public Attorney’s Office (PAO).

Bonifacio Cruz—one of the three original counsels appointed by the NUPL to represent Ramos and Gurung—expressed confidence that the two men “would never recant their testimony that they were tortured and maltreated” by soldiers from the Army’s 7th Infantry Division (7th ID).

“The torture they were made to endure and their forced feeding with their own feces while they were in military custody for six days are on record and contained in their counteraffidavit that the NCIP (National Commission on Indigenous Peoples) itself had prepared for them,” Cruz said on Wednesday night.

He said the torture allegation was a public document that was submitted to the Regional Trial Court in Olongapo City where the two men are facing charges of violating the antiterror law and illegal possession of firearms and explosives.

The counteraffidavit was prepared for them by NCIP provincial legal officer Roman Antonio in September last year, Cruz said.

The two men were arraigned that month and pleaded not guilty to the charges.

In his counteraffidavit, Ramos admitted he was a rebel surrenderer, but soldiers did not believe he had changed.

In their petition to the Supreme Court on Feb. 2, the two men said they were tortured after they were illegally arrested as they were fleeing the fighting between the Army soldiers and New People’s Army (NPA) guerrillas in San Marcelino town in Zambales province on Aug. 21, 2020.

Their wives, both minors, are in the custody of the Department of Social Welfare and Development.

Cruz said defense lawyers were scheduled to cross examine 2nd Lt. Fritz Entoma of the 73rd Division Reconnaissance Company of the 7th ID on Thursday but this was aborted after the two Aeta men told the Olongapo court that they wanted to be represented by PAO.

But Cruz said they had planned to prove the torture allegations and establish during Thursday’s hearing how it was impossible to reach the spot where the two men were arrested in just 25 minutes from the place where the clash took place.

“The [Aeta men] were evacuating to seek safe haven in the evacuation center due to bombardment of their place when they were arrested,” Cruz told the Inquirer in a text message on Thursday.

Gurung and Ramos on Wednesday said in a press conference organized by the National Task Force to End Local Communist Armed Conflict (NTF-Elcac) that they were forced by NUPL to take part in the “petition-in-intervention” that was filed on Feb. 2, just hours before the Supreme Court opened oral arguments against the antiterror law.

The online press briefing was held inside the Bureau of Jail Management and Penology facility in Olongapo where they are detained.

The NUPL said its lawyers did not coerce or bribe the two men to consent to their petition in the high court. The Supreme Court threw out their petition, saying there was already a pending case before a trial court.

The NUPL said claims by NCIP and NTF-Elcac that it committed “unethical conduct” should be thrown back at these government agencies because their representatives “clandestinely approached, visited and compelled the tortured Aetas to drop the NUPL as counsel in favor of the PAO.”

“In their situation as detainees facing the nonbailable offense of violating the ATA of 2020, and other charges, and their sense of hopelessness and longing for their families and anxiety over the situation of their wives who are still in custody, the NUPL can only imagine the pressures that have been brought upon the accused that led to the weakening of their resolve as regards the supposed retraction,” the group said.