Firemen working to put out blaze in Mandaue paint factory 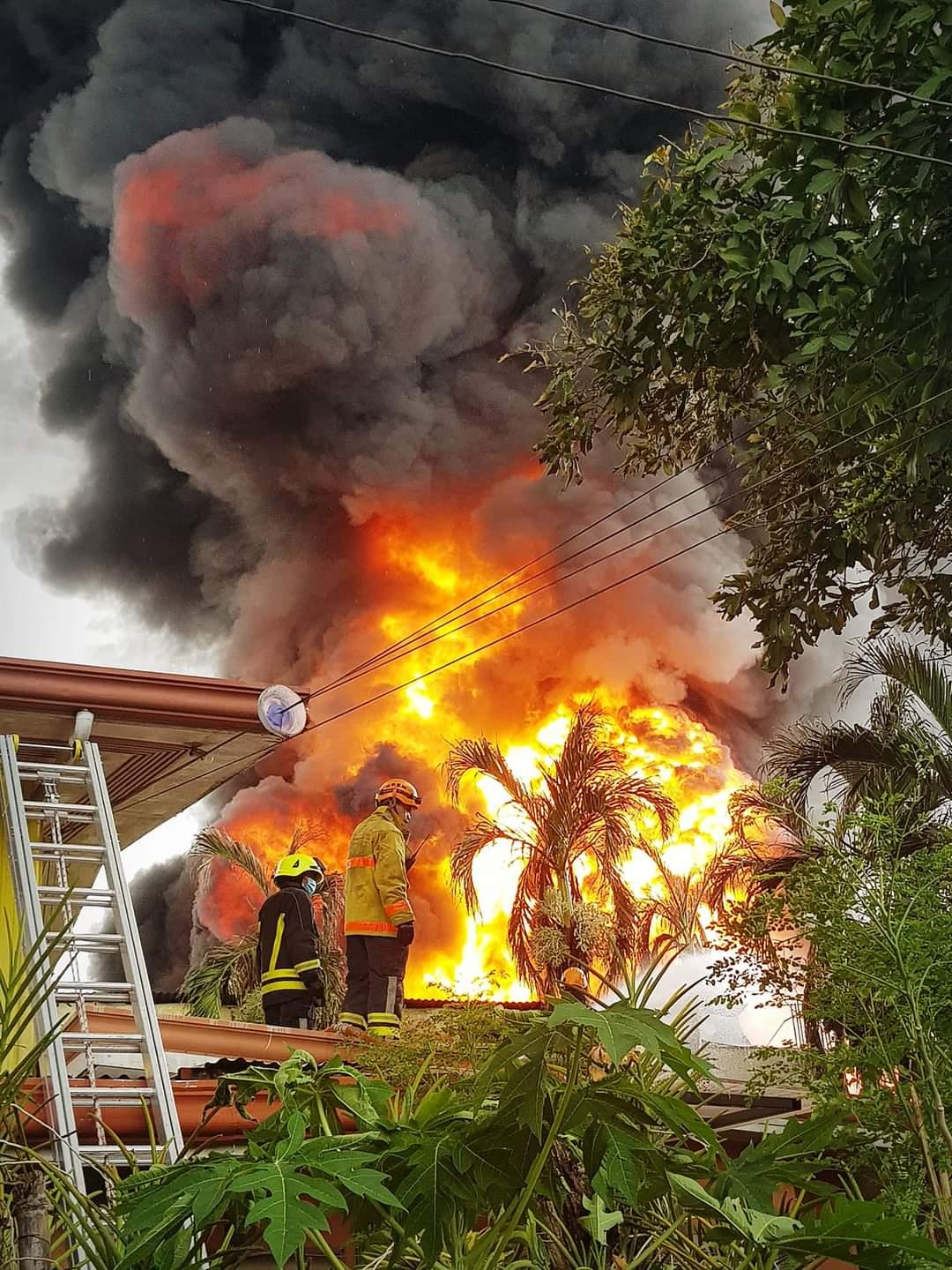 Firefighters try their best to put out the fire that hit a paint factory in Mandaue City, Cebu on Thursday. (Photo Courtesy of Mandaue CDRRMO)

CEBU CITY –– Firefighters were still working to extinguish the blaze that hit a paint factory in Mandaue City, Cebu at 2:37 a.m. on Thursday.

The fire at the Islands Paint plant in Sitio Pilit, Barangay Cabangcalan was reported at 2:37 a.m.

As of 2 p.m., firefighters have yet to put the fire out.

According to the statement issued by Treasure Island Industrial Corporation, the fire started at the “chemical section” of the plant.

“The other sections of the plant were unaffected,” it said.

“We are currently and closely working with local authorities to control and extinguish the fire. As of press time, there are no reported injuries,” it added.

The Bureau of Fire Protection regional office said they were mixing water with Aqueous Film Forming Foam to combat the highly flammable substance in the paint factory.

The fire was contained within the factory itself.

The owners of the plant have formed a committee to monitor the situation.