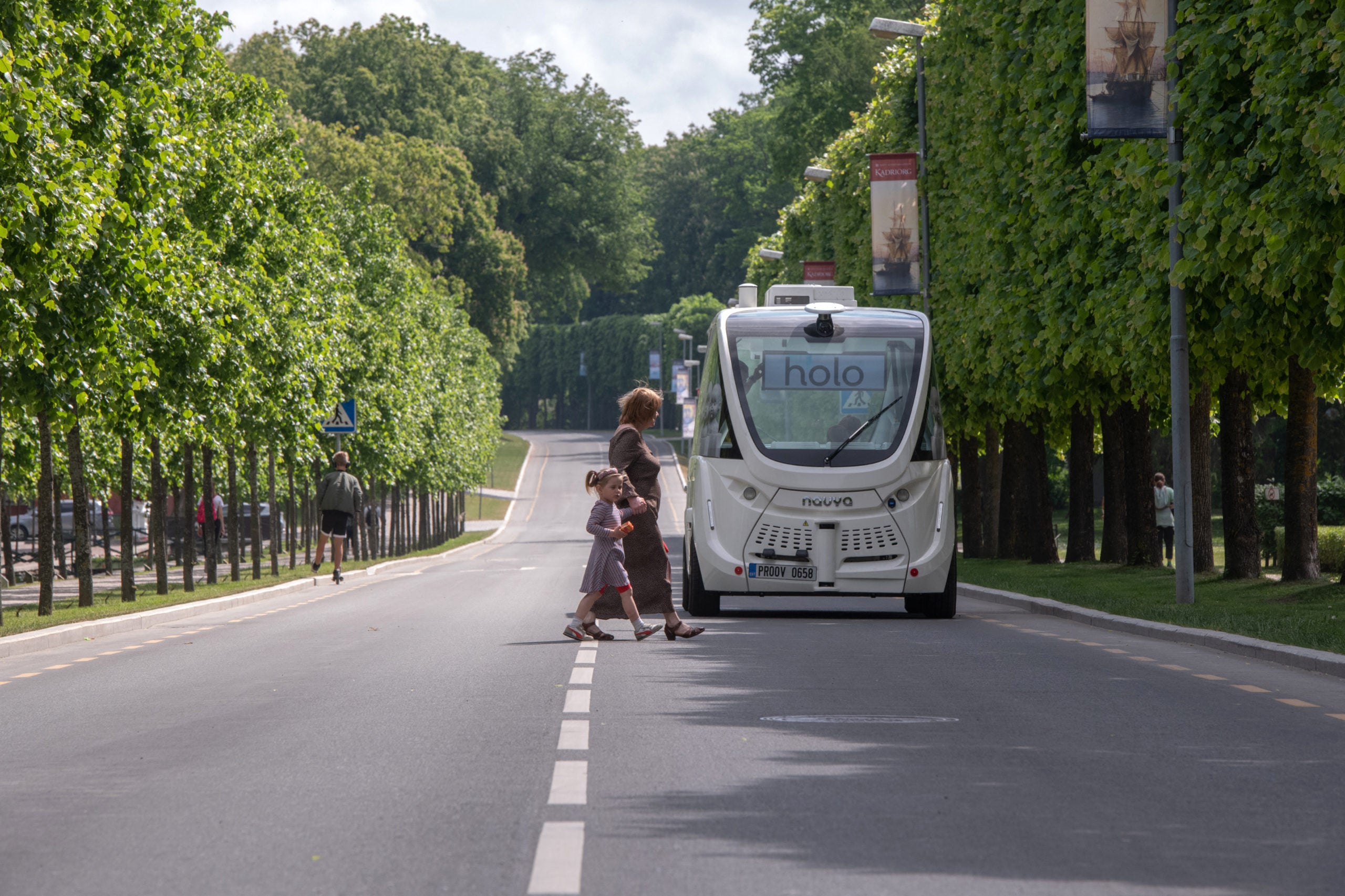 A family crosses in front of a self-driving bus being tested out on a tourist route in Tallin, Estonia, on June 16, 2020. – The project is a joint initiative being run by the Tallinn city authorities, the Tallinn University of Technology (Taltech), and French company Navya. The service is being used mainly by tourists and curious locals but the plan is such buses could eventually be used as regular public transport. (Photo by Raigo Pajula / AFP)

Volkswagen said it aims to speed up the development of such connected systems, which are increasingly becoming the norm in the auto industry as it transitions to electric vehicles.

“This is the next step in our strategic partnership,” Microsoft director Scott Guthrie said.

The companies gave no information about the financial or contractual details of the accord.

Volkswagen and Microsoft have cooperated since 2018 on creating a Cloud platform for connected vehicles.

The first trials of the planned system are due later this year, with rollout envisaged in 2022, a statement said.

Volkswagen plans to invest some 27 billion euros in this field by 2025.

Volkswagen’s “Car.Software” unit set up last year will have some 11,000 people working on its “VW.OS” operating system which will connect cars over the Cloud.

The German group, like its peers, is finding that the shift into electric cars is as much if not more of a computing challenge than one of manufacturing, leading to an increasing number of such tie-ups.

General Motors has just signed a similar deal with Microsoft to speed up its introduction of autonomous vehicles while France’s Renault established a partnership with Google last year.