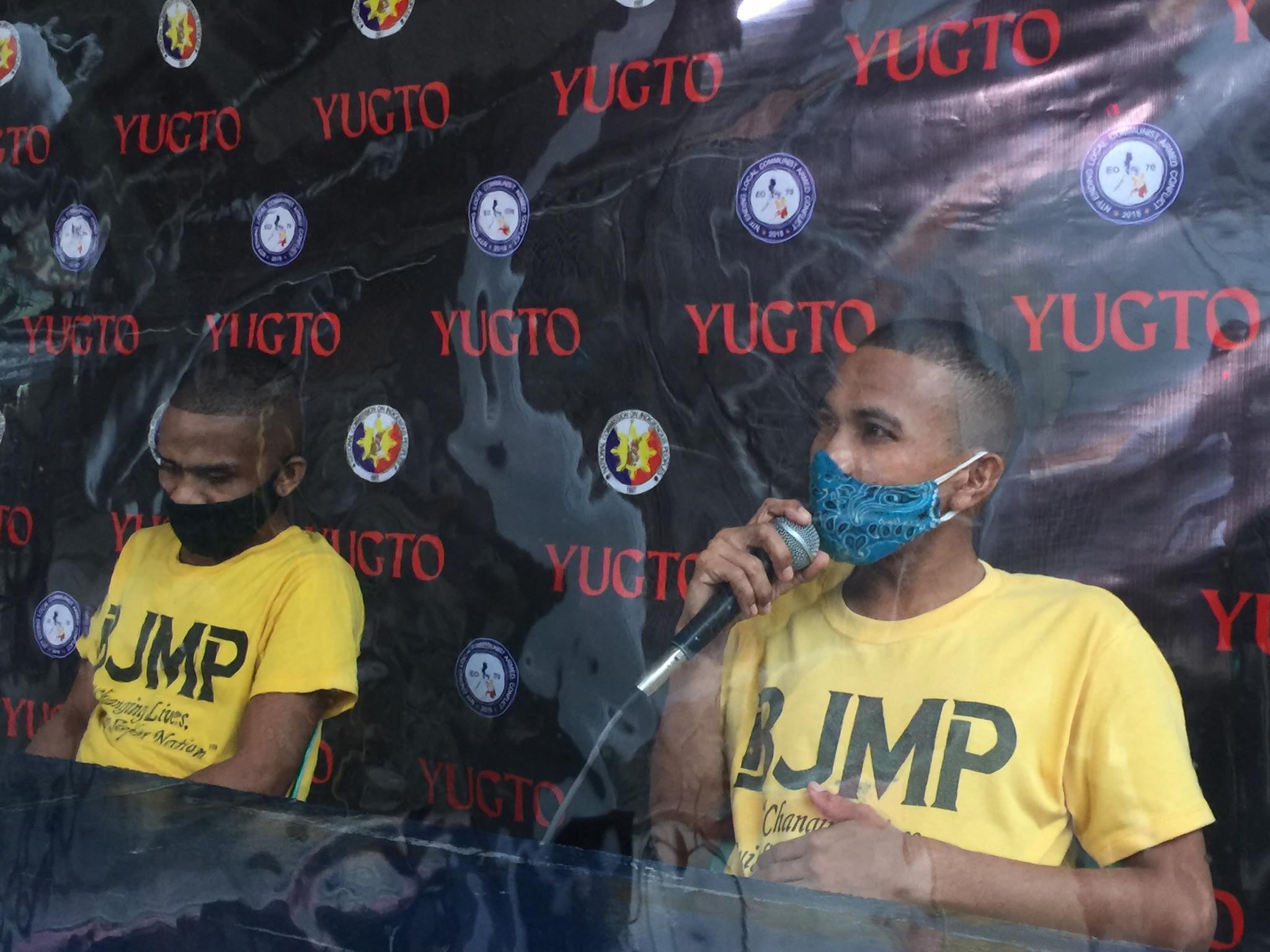 OLONGAPO CITY–The two Aetas who were the first known individuals ever to be charged with terrorism under the Anti-Terrorism Act (ATA) on Wednesday (Feb. 10) said they were dropping the National Union of Peoples’ Lawyers (NUPL) as their legal counsel.

Japer Gurung and Junior Ramos spoke at an online press briefing organized by the National Task Force to End Local Communist Armed Conflict (NTF-Elcac) at the Bureau of Jail Management and Penology facility here where they are detained.

The two said they wanted to get legal service from the National Commission on Indigenous Peoples (NCIP) and the Public Attorney’s Office (PAO).

“We want NCIP and PAO because we’re starting to see that they wanted to help,” said Gurung in Filipino.

He added: “NUPL said if we don’t sign we will rot in jail. We are uneducated so we are easily tempted.”

Gurung was referring to the Petition-in-Intervention that was filed at the Supreme Court hearing oral arguments on the Anti-Terror Act.

But the NUPL-Central Luzon said the two men’s accounts of their illegal arrest, arbitrary detention and torture were “well-documented” and “they have not repudiated these.”

“No force, coercion, bribery, deception, or any other means that vitiate their will was employed to get their full, prior and informed consent regarding their Petition-in-Intervention assailing the constitutionality of the Anti-Terror Act,” NUPL-CL said in a statement.

The NUPL-CL said until Wednesday’s manifestation by the solicitor general during the ATA oral arguments, they were clueless about the alleged denial by Gurung and Ramos that they freely consented to the filing of the Petition-in-Intervention.

“What we know is that representatives from NCIP, including a lawyer, have been visiting and talking to them without our knowledge and in our absence,” it added.

The group said it technically remains the Aetas’ counsel of record, “unless a proper pleading or motion is duly filed, confirmed as voluntary, and granted by the court accordingly.”

“But if they wish to change counsel, which is their absolute right, we will fully respect their decision,” NUPL-CL said.