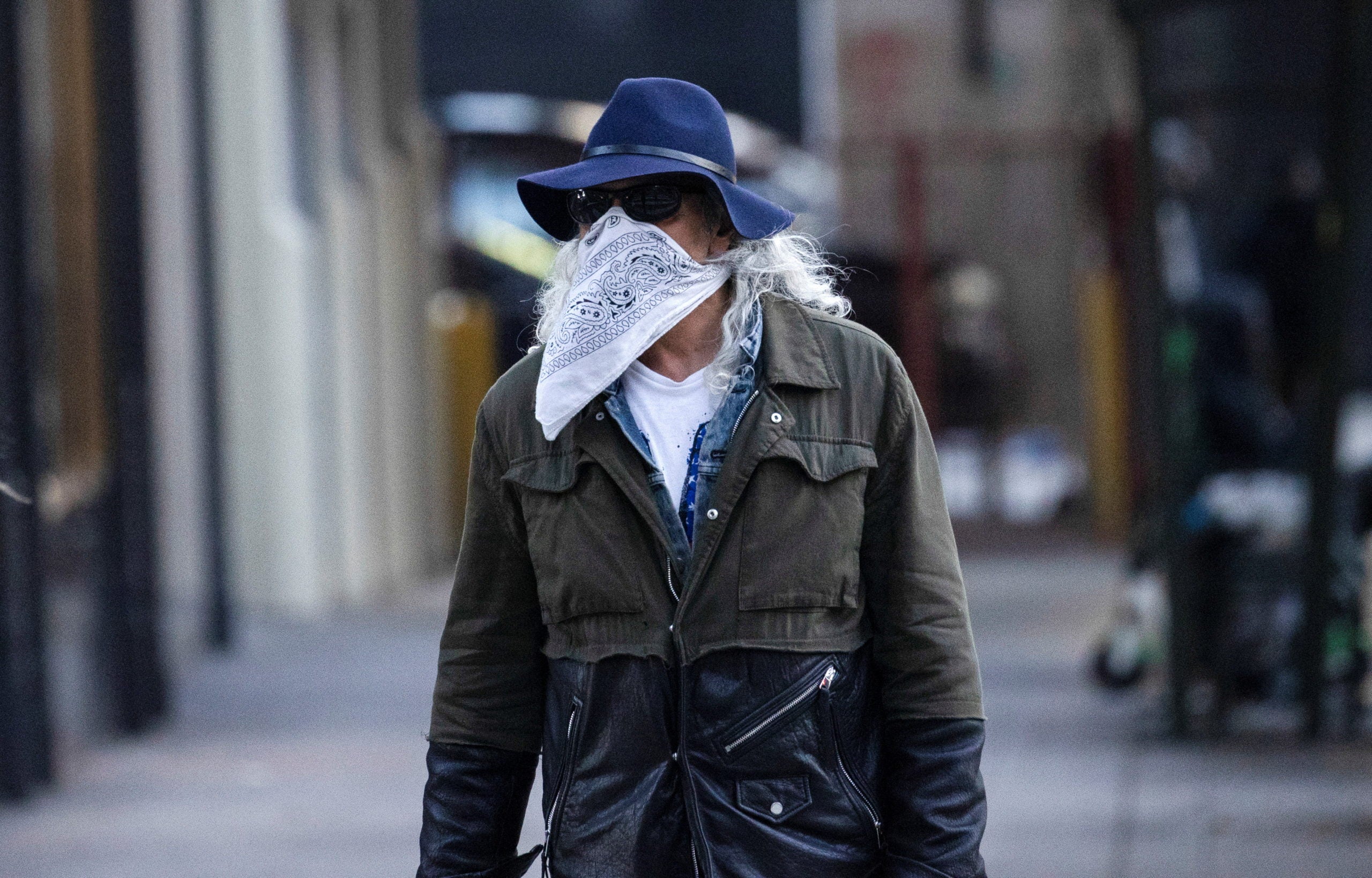 FILE PHOTO: A person wears a personal protective garment while crossing the street downtown during the outbreak of the coronavirus disease (COVID-19), in Los Angeles, California, U.S., February 4, 2021. REUTERS/Mario Anzuoni

SACRAMENTO — California on Tuesday was poised to surpass New York as the U.S. state with the most coronavirus deaths, a grim reminder of the pandemic’s toll even as the vaccine rollout and a sharp drop in new cases offer hope that life will eventually return to normal.

Fatalities from COVID-19 reached 44,495 late Monday in California, the most populous U.S. state, according to a Reuters tally that will be updated later on Tuesday. In New York, which was especially hard hit in the pandemic’s early days, the death toll stood at 44,693. https://graphics.reuters.com/HEALTH-CORONAVIRUS/USA-CALIFORNIA/xegvbwkqwpq

“This is a heart-wrenching reminder that COVID-19 is a deadly virus, and we mourn alongside every Californian who has suffered the tragic loss of a loved one during this pandemic,” Dr. Mark Ghaly, head of the state’s Health & Human Services Agency, said of the milestone in an email to Reuters.

Nationwide, new cases and hospitalizations from COVID-19 have been dropping rapidly while deaths, a lagging indicator, have plateaued.

But in California as well as other states the improvement masks a continuing march of illness and deaths, which remain higher now than they were at the pandemic’s previous peak last summer.

The number of new deaths reported daily in the state has declined over the past several weeks, but remains “remarkably” high at an average of 500 fatalities per day over the past 14 days, Governor Gavin Newsom said at a news conference on Tuesday.

“Deaths continue to be devastating and our heart goes out to every family member that’s lost a loved one, that’s been torn asunder because of this pandemic,” the California governor said, speaking at the opening of a new vaccination site at Levi’s Stadium in Santa Clara County near San Francisco.

Public health experts fear that a surge propelled by Super Bowl parties on Sunday, as well as the arrival of new, highly contagious variants of the virus may lead to another jump in cases before most Americans are vaccinated.

In an effort to speed the rollout of vaccines that are being counted on to stop the pandemic’s spread, President Joe Biden on Tuesday announced that his administration planned to increase the number of vaccine doses sent to the states, beginning on Feb. 15.

Part of the expanded supply will be sent to community health centers in an effort to improve vaccine access for the mostly poor and minority population that the centers serve, the White House said on Tuesday.

By Tuesday, about 33 million Americans had received at least one dose of vaccine to fight the coronavirus, the U.S. Centers for Disease Control and Prevention (CDC) reported.

“This vaccine is the weapon that will win this war!” New York Governor Andrew Cuomo said at a news briefing on Tuesday. Ten percent of New York state residents have received the vaccine, he said.